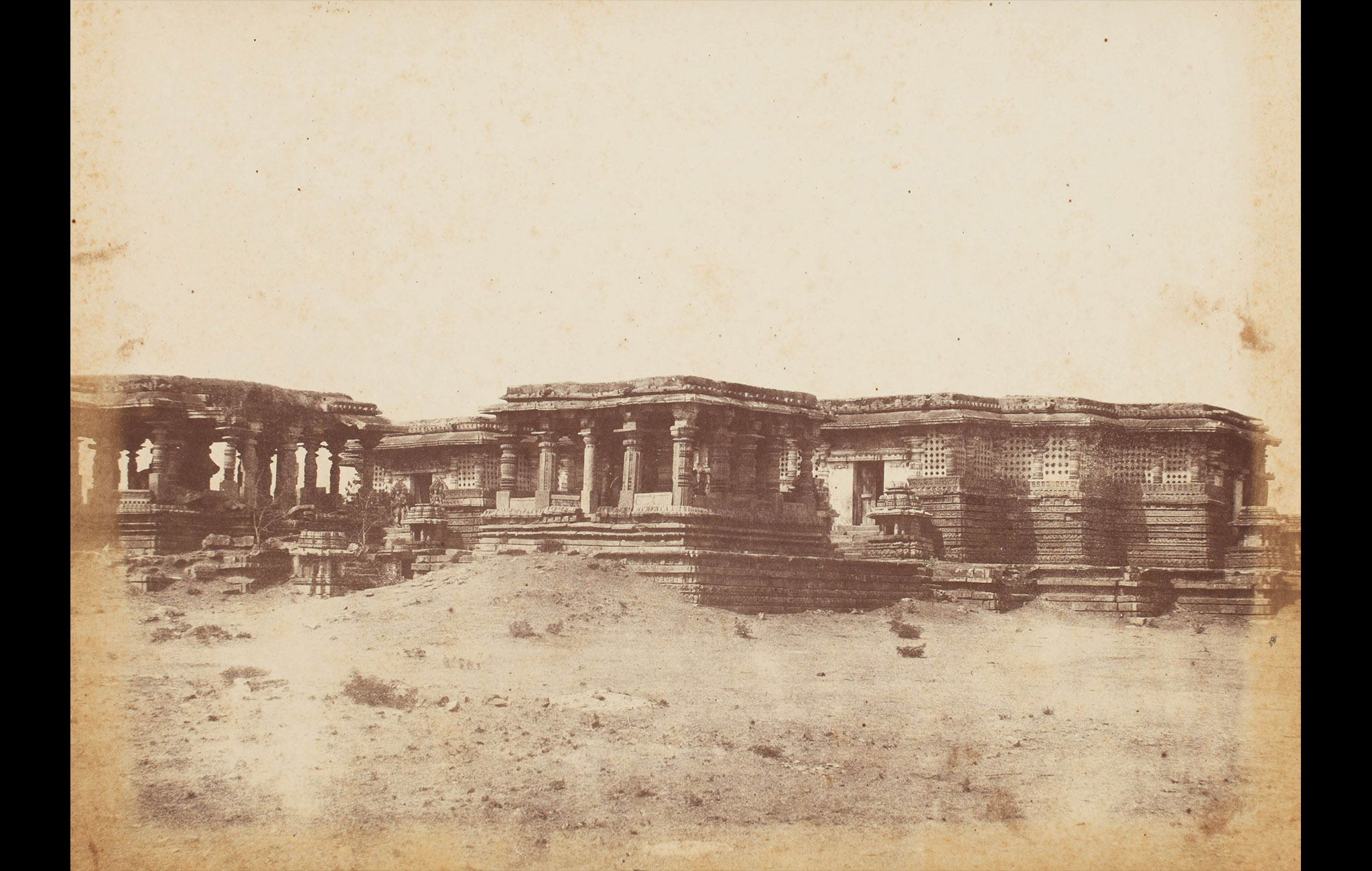 This photograph from the ‘Architecture in Dharwar and Mysore’ was taken by Dr. W.H.Pigou in 1856. This is the Hoysalesvara Temple in Halebidu, Karnataka.

Seen are the two Nandi Mandapas attached to the main shrines. The Hoysaleswara Temple in Halebidu is also known as ‘Vishnuvardhana Poysalesvara’ after its patron and was built in 1121 AD. Later epigraphical records recognise it as ‘Hoysaleswara panchikeswara’ constructed by Ketamalla Dandanayaka. The temple is adorned with more than 400 wall sculptures that reflect the magnificence of Hoysala temple art. The sanctum houses colossal Shiva Lingas.

Dr. William Henry Pigou served in the Indian Medical Service in Bombay from 1841 to 1858. He succeeded Thomas Biggs as the government photographer of Bombay Presidency from 1855-1857. Pigou worked at Vijayanagara and Anegundi in 1856, producing approximately forty-nine negatives. He made a second expedition to Mysore, Srirangapattanam, and Halebid, and photographed seventy-five negatives, before his official position came to an end in September 1857. During his time, he had produced high quality waxed paper negatives which were praised by the British. He died at the age of 41.