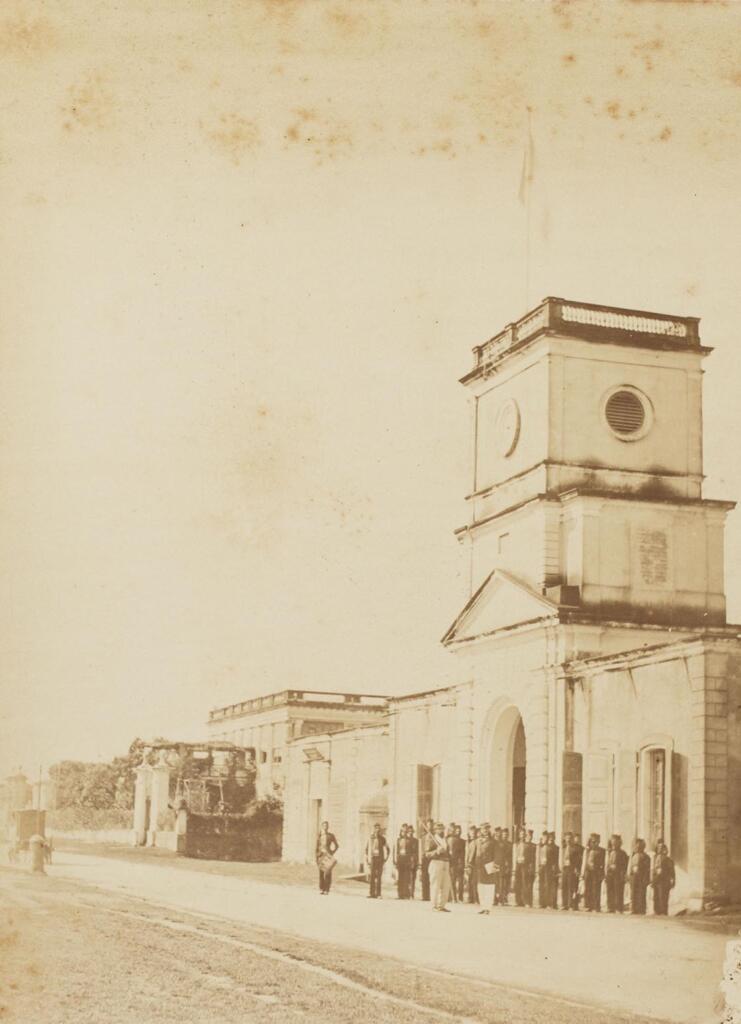 It may not immediately come to mind when we think of colonial-era landmarks in the Indian subcontinent, but Chandannagar is certainly one of the most significant. Sheltered on the banks of the Hooghly, about 40 km north of Kolkata, the town makes no announcements of bygone grandeur to anyone who doesn’t come looking. Its architecture is what gives away the story of a complex (and often forgotten) past.

On the wide and tree-lined Strand Promenade where residents come to unwind and gaze — ogle, even — at the riverfront sits a charming two-storied clock tower built in 1880, featuring a clock gifted by one Joseph Daumain St. Pourcain in 1845. Further along stands the Patal bari, built in 1904, with a lower floor that lies submerged in the Hooghly and a viewing deck that looks out onto the river. The town houses, though mostly on the verge of dilapidation, come with gardened courtyards and coloured, decorated facades that suggest a markedly French flavour. It’s a beautiful, imperfectly preserved capsule of a different time.

Award-winning conservation architect Aishwarya Tipnis, who has meticulously documented around 100 heritage buildings around Chandannagar with the support of the French government, adds: “While the buildings had a European facade, the interior planning was traditional, around a courtyard with a thakurdalan or temple in the centre. There is a lot of creativity visible in the stucco work where Indian motifs and European aesthetics have been amalgamated by the craftsmen building the structures. I think this is a good case for Indo-French architecture, and does not exist anywhere else in India.” 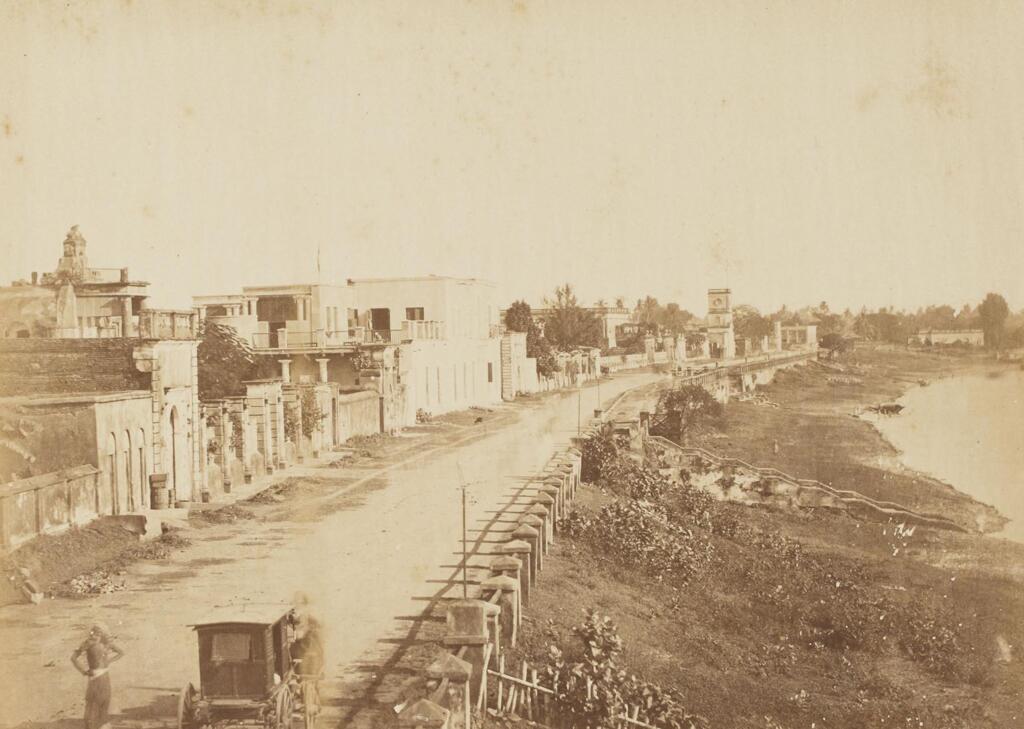 One of the earliest trading towns set up by the French East India Company, Chandannagar or Chandernagore as it was then known, was once among the most promising posts for Europeans in Bengal. In fact, its founding precedes that of Calcutta. It was already an established trading port and settlement by the time Job Charnok of the British East India Company landed further south in 1690, and took with him a case for why a village called Sutanuti presented the best location for the Company’s main headquarters in Bengal.

The roots of present-day Chandannagar can be traced to an early trading post established by the French on the banks of the Hooghly in 1673. The French East India Company had been set up barely a decade prior in 1664, had opened its first factory in Surat in 1668, and found itself having to play catch up with the Portuguese, Dutch and British who had already claimed chunks of the Indian subcontinent. The trading post by the Hooghly proved very fruitful and in 1688, they legally acquired the land from the Mughals, creating the town of Chandernagore within the following decade and quickly building its earliest landmark – a stretch of fortification on the waterfront known as Fort D’Orleans.

The coming years saw a boom of infrastructural and commercial expansion. Magnificent townhouses, industrial structures, chapels and temples sprung up alongside the Hooghly, maritime trade got a significant boost, and by the early 18th century Chandernagore was among the most thriving trading towns along the Ganges. It was a time of flowering prosperity, and the heyday of this expansion came under Joseph Francois Dupleix, the famous French Indian Governor General whose statue stands even today on Puducherry’s Beach Road.

Dupleix’s tenure as governor of the town lasted for over a decade, from 1730 until 1741, when he was called to Pondicherry to take up the Governor Generalship of all of France’s territories in India. The palatial residence he once built now houses the Indo-French Cultural Centre and Museum. With its sprawling verandah bookended by Tuscan columns, large rooms filled with European character and expansive views of the river, the structure that sits on the Strand Promenade now is likely an 1814 rebuilt version of Dupleix’s original construction.

If Chandernagore and French ambition in India were a dream and a promise, the mid-18th century is when reality dawned — the British East India Company was setting itself up as the premier force in the Indian subcontinent, Calcutta in the south had grown exponentially and Chandernagore, which saw a decline in trade and growth after Dupleix’s departure, slipped into the shadows. A series of battles only further sealed the fate of the town. 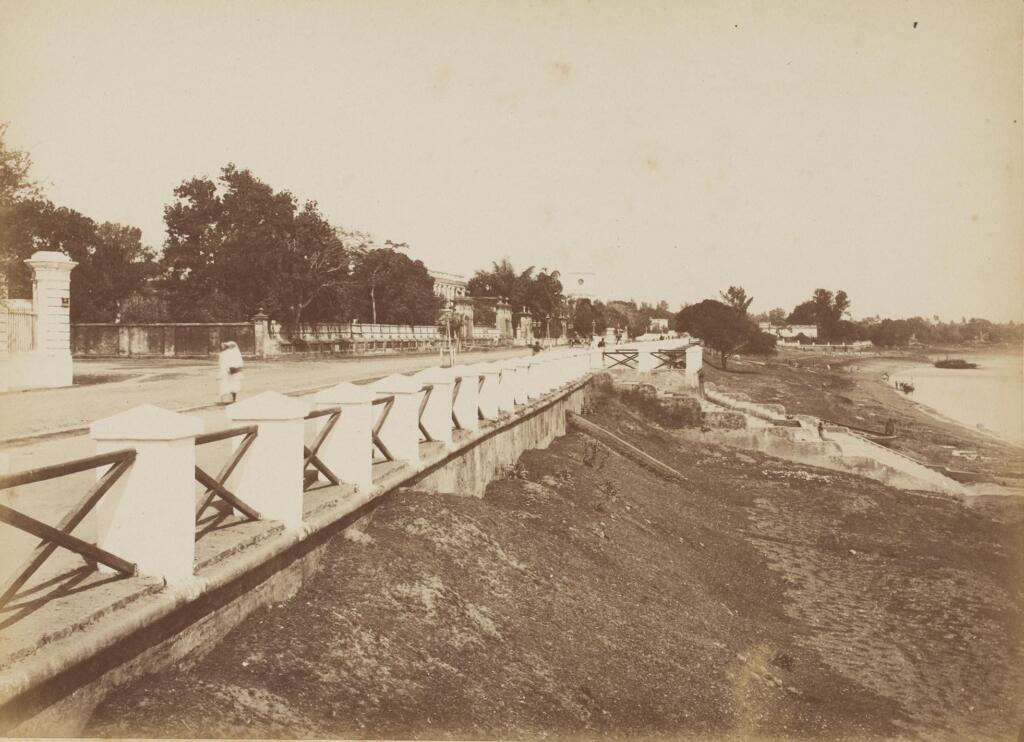 During the siege of Calcutta in 1756 by Siraj ud-Daulah, the French of Chandernagore had first offered protection to the British within the walls of the town. However, by the following year when Robert Clive of the East India Company and Admiral Watson of the British Navy marched into Calcutta to recapture the city from Siraj ud-Daulah, the equation between the French and the British had changed. Back in Europe, the seven-year war had just begun, and the French — allies to the Nawab at that time — found themselves in the frontlines in the British’s northward attack along the Hooghly. After having reclaimed Calcutta the British attacked Chandernagore, destroying the Fort D’Orleans. Few buildings survived what came to be called the battle of Chandannagar, and the ones that did bore the marks of war.

While the French regained control of the town in 1763, much of what had been built earlier had been destroyed. But its travails were far from over. Changing hands again, the town was recaptured by the British in 1794, and only returned to the French in 1816 after the conclusion of the Napoleonic wars. By then it was a mere speck an hour outside the British India’s new capital city of Calcutta, and though much of Chandernagore — as it remains today — was rebuilt in this period until 1950 when it gained independence, it never rose further in significance, it never recovered its importance. 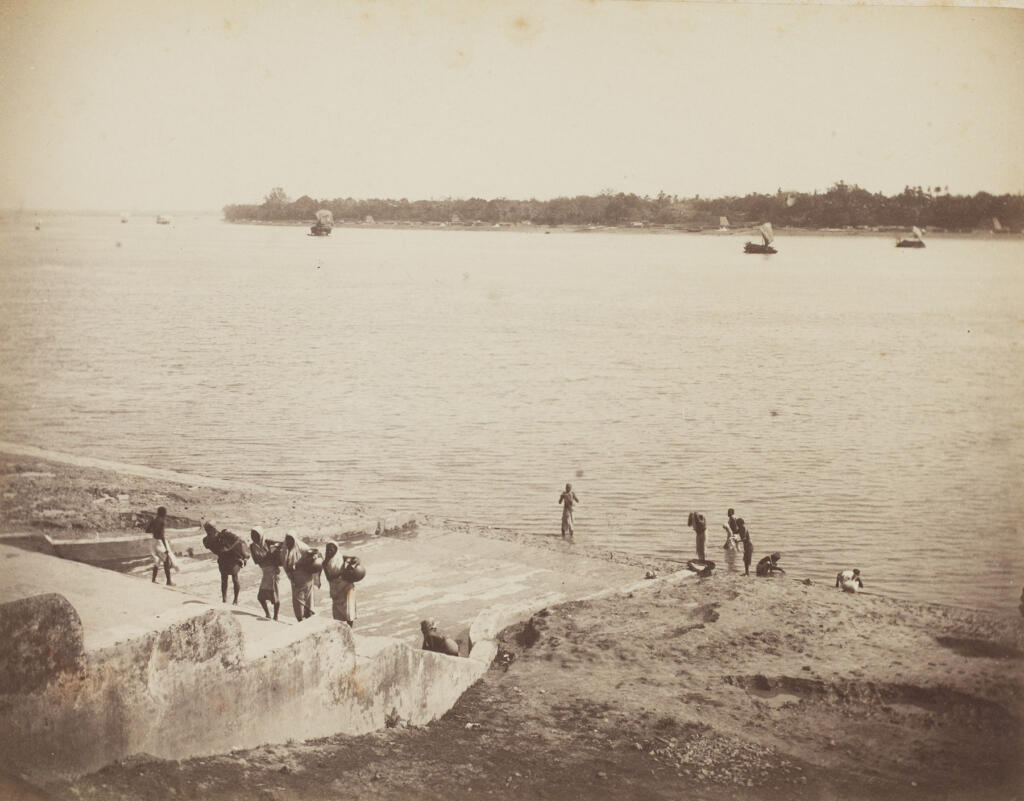 And so Chandannagar lives today as a quiet shadow of its former self, remaining perhaps less notable for its French legacy than for its delicious jolbhora – a version of the Bengali mishti with a twist, featuring a filling of rosewater or jaggery said to be created in the late 19th century. But within its historic if crumbling walls, hidden in the memory of its people, carried on its the river-salted breeze, there will always be a distinct concoction of colonial influences, a certain je ne sais quoi.