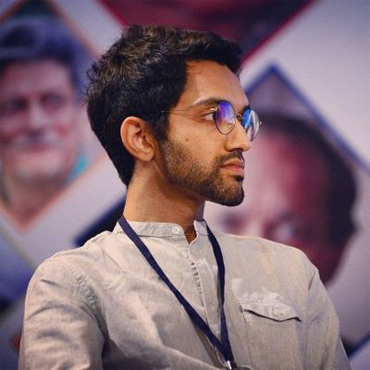 Of Forgotten Consorts and a Fallen Queen

Manu S Pillai is the author of The Ivory Throne: Chronicles of the House of Travancore. Educated in Pune and London, he was Chief of Staff to Dr Shashi Tharoor in 2011, and has worked at the House of Lords in London and with the BBC on their Incarnations Indian history series. Written over six years and researched in three continents, The Ivory Throne relates a social and political history of Kerala through the life and times of the last Maharani of Travancore. For Sarmaya, he took a critical look at matrilineal traditions in the kingdom. 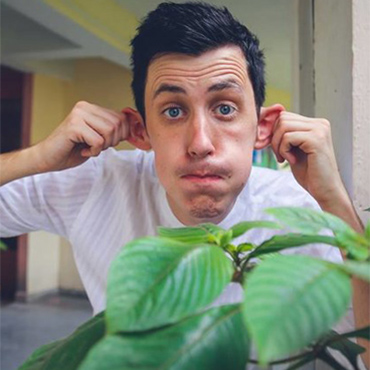 Episodes from the Ramayana

International storyteller Craig Jenkins has over ten years’ experience with performing and running storytelling workshops across the world. In college, he undertook an apprenticeship with the performance storyteller Vayu Naidu and studied both the tradition of storytelling in India as well as its role within communities. For Sarmaya, he retold episodes from the Ramayana for a select audience of adults. He focused on the relationship between Sita and Hanuman, illustrated the instances of loyalty, courage, strength and compassion in their encounters. 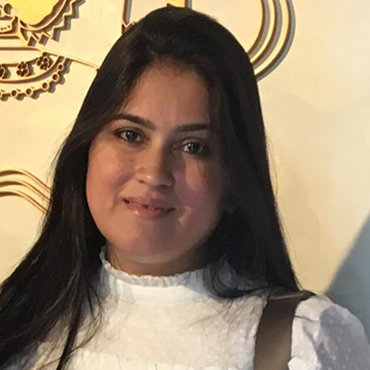 Deepshikha Kalsi is a conservation professional who has worked with textiles for over 16 years. She has worked previously with the Times of India group, heading their Art Conservation Department, and with INTACH, New Delhi. After a specialising in textile conservation from the Victoria and Albert Museum in 2011, she established the Textile Conservation Studio in Delhi and worked on the hugely successful The Fabric of India show in London. Her talk focused on the heritage and variety of Indian textiles and the challenges in conserving these fragile treasures. 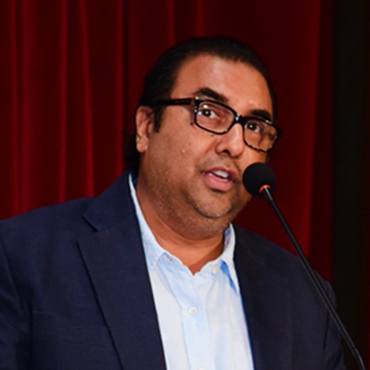 The Future of Indian Cinema’s Past

After graduating from FTII, Shivendra Singh Dungarpur launched his career as a producer-director under his own banner, Dungarpur Films. He is deeply committed to the preservation and restoration of cinema and his not-for-profit organization, Film Heritage Foundation, is dedicated to the preservation and restoration of India’s cinematic heritage. For Sarmaya, he spoke about the importance of preserving our cinematic legacy on celluloid and described the fascinating process by which this is done. 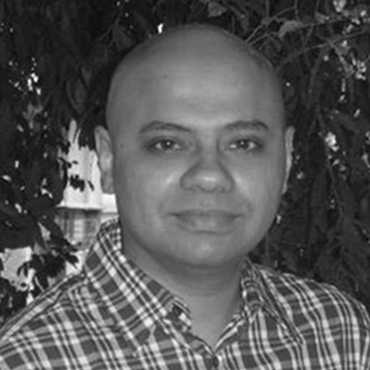 Shock of the New

Girish Shahane has degrees in English literature from Elphinstone College, Bombay University, and Oxford University, which he attended as a Rhodes Scholar. He was editor and later consulting editor of Art India magazine. He is on the faculty of art history courses run by the Bhau Daji Lad Museum and Jnanapravaha. He was the Artistic Director of the India Art Fair and wrote a weekly column for Scroll.in. His talk covered the journey of art away from conventional easel painting and pedestal-mounted sculpture. 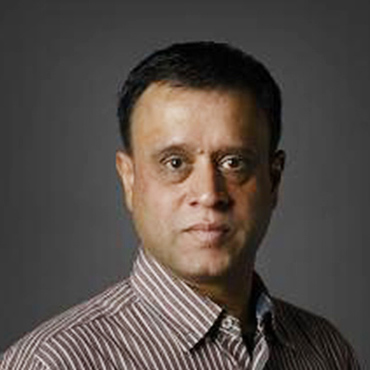 Emergence of an Icon: An Inquiry into the Genesis of Bharat Mata

Shailendra Bhandare is Assistant Keeper for South Asian and Oriental Numismatics at the Ashmolean Museum, Oxford and also a member of faculty (Oriental Studies) at University of Oxford. His PhD subject was ‘Historical Analysis of the Satavahana Era: A study of coins’. He has published several papers dealing with different aspects of Indian numismatics and his chief research interests concern ancient (500 BCE- 500 CE) and early-modern (1700-1950) India. This talk offered new insights from a numismatic perspective of how the modern-day icon of a personified India emerged in the late 19th-early 20th centuries. 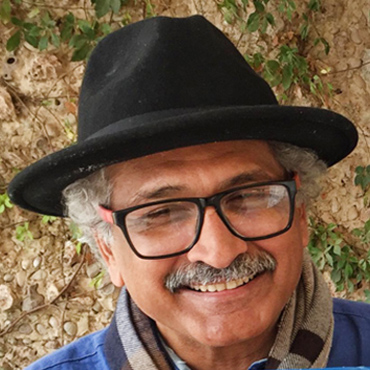 The History of Photography and Archival Practices

Aditya Arya is an Indian photographer with a passion for collecting, curating and archiving rare collections of photographs through the Aditya Arya Archive and the India Photo Archive Foundation, where he is the chairperson and trustee. He is a guest faculty at Jamia Milia University’s Institute of Mass Communication and a Guest Fellow at the prestigious Indian Institute Of Advanced Study, Shimla. He has founded Museo Camera, the only photography and camera museum in India with more than 300 rare and iconic cameras and other equipment tracing the history of photography from the 1870s to the digital era. 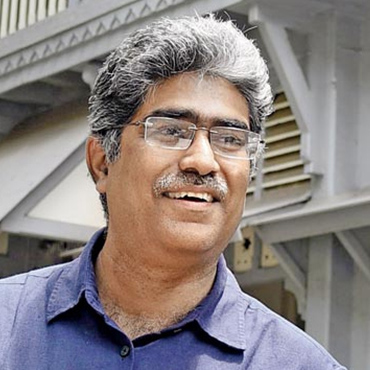 Conservation of Built Heritage in the City of Redevelopment

Vikas Dilawari is a practicing conservation architect with more than two and half decades of experience exclusively in the conservation field, ranging from urban landscapes to architecture. His practice has successfully executed several conservation projects ranging from prime landmarks to the more unloved buildings of Mumbai. A total of ten of his projects have won UNESCO ASIA PACIFIC Awards for Cultural Preservation in southeast Asia. He has lectured and written extensively on the subject of conservation nationally and internationally. 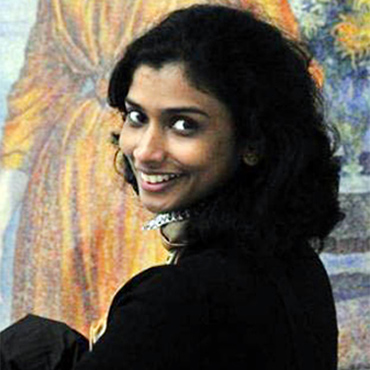 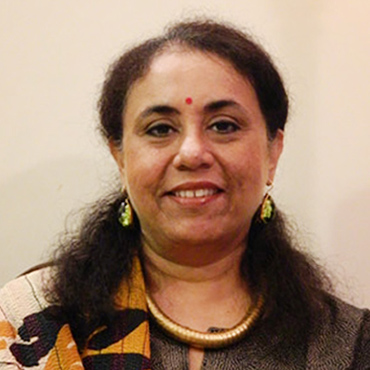 History of Art Collecting in India

Dr Usha R Balakrishnan is the co-author of Dance of the Peacock: Jewellery Traditions of India and was invited by the government of India to study, document and prepare a comprehensive catalogue of the jewels that formerly belonged to the Nizams of Hyderabad. She lectures on Indian art, jewellery, design, and culture and writes for various publications around the world. Deepthi Sasidharan is a Fulbright scholar with experience and research stints at the Metropolitan Museum of Art, New York and in Aveiro, Portugal. She is the founder-director at Eka Archiving Private Limited, a museum advisory firm. 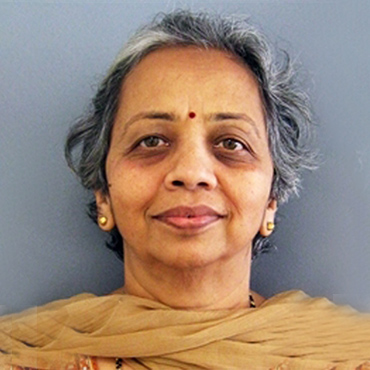 Sucheta Paranjpe regards language as the greatest invention mankind has ever made. She has taught Sanskrit at the Tilak Maharashtra University, Pune and was visiting faculty at the Leipzig University, Germany. She’s taught in America, Japan, Romania, etc, and has tutored students from all over the world in Indian languages.