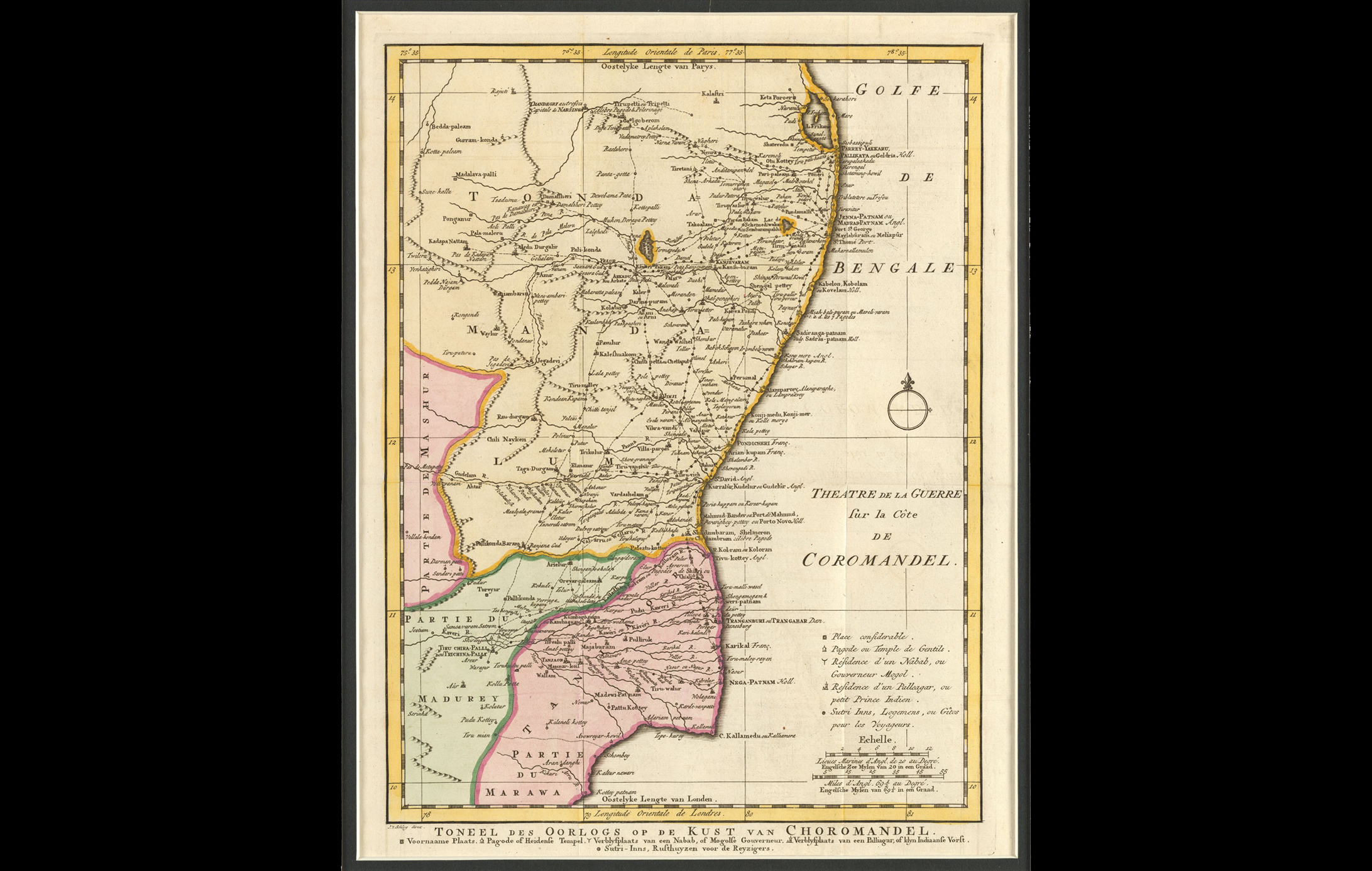 Both practically and ideologically, maps began to play an increasingly crucial role in realising European nationalist and imperialist objectives. The battles during the Carnatic wars in the 18th century are depicted on this map.

The Carnatic Wars were a series of conflicts in the Indian subcontinent between the British and French East India Companies and local Indian principalities contending for succession.