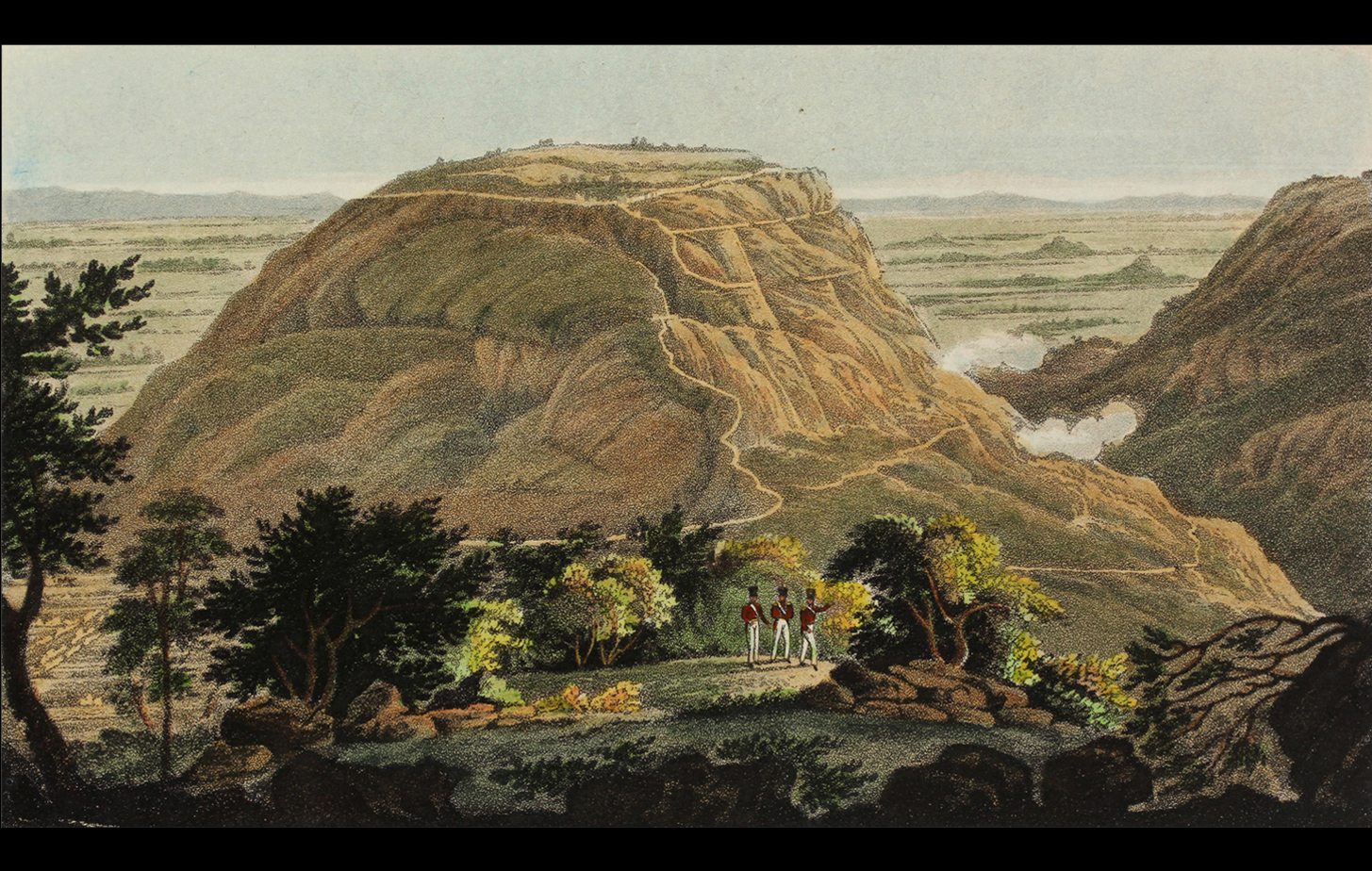 Engraving after a drawing by James Welsh, Lieutenant Colonel in the army of the East India Company, published in his ‘Military Reminiscences: extracted from a journal of nearly forty years’ active service in the East Indies’ in 1830. The fort of Nundydroog, or Nandidurga, located on a hilltop north east of Bangalore in the Baramahal region of Mysore state, was stormed and captured by the East India Company under Major Gowdie during the third Anglo-Mysore war. The fort, built at a height of 1700 feet with three fourths of its circumference considered inaccessible, was taken by the British after a three week siege. This would be a mark of particular pride for Lieutenant-General Lord Cornwallis, then Governor-General of India, as it had earlier fallen to Haider Ali only after a three year effort. Following his defeat in the third Anglo-Mysore war, Tipu Sultan was forced to cede close to half his dominion. This marked the first significant defeat of Mysore by the East India Company.

The Hill Fort of Nundydroog