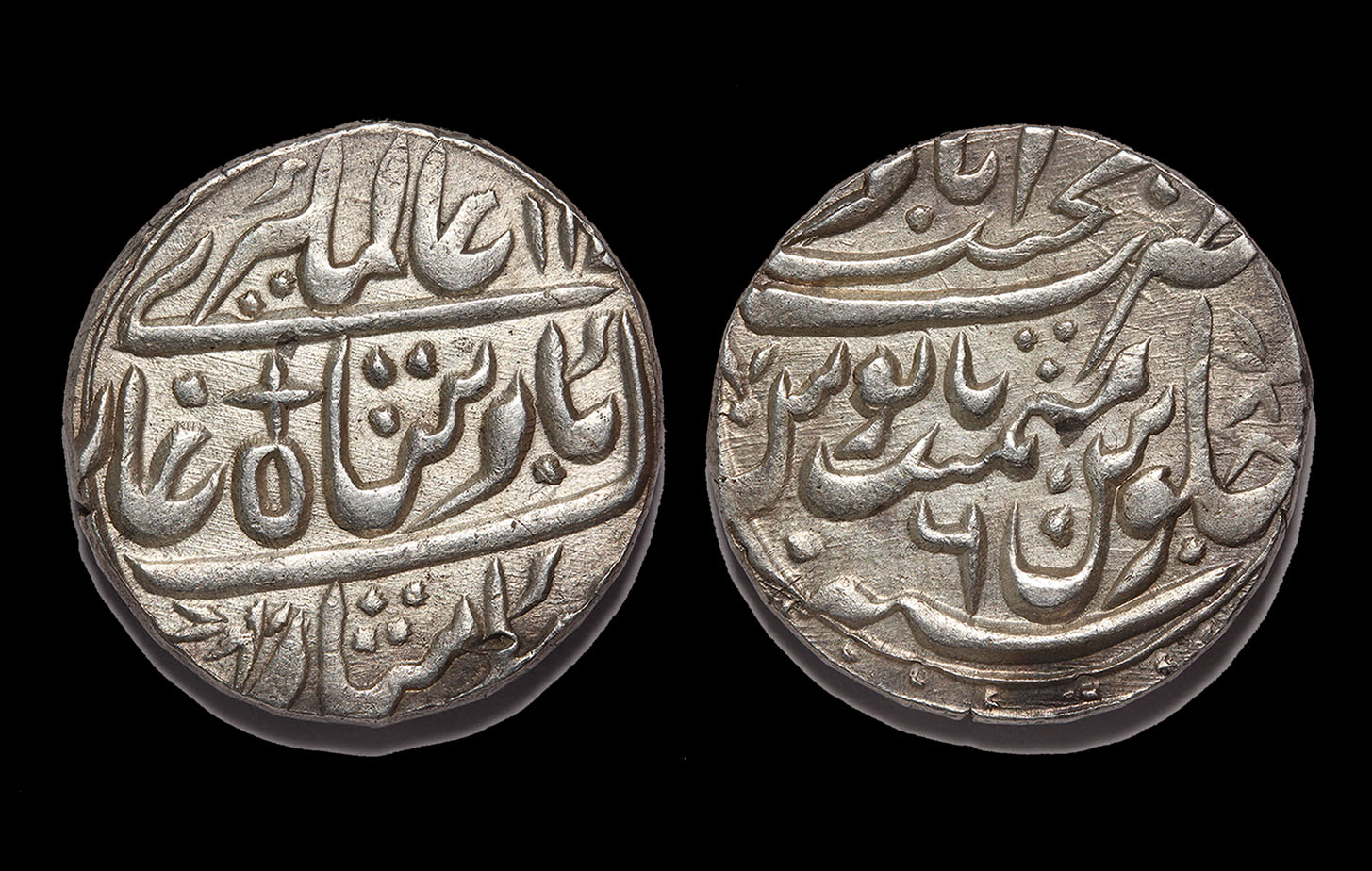 Alamgir II was a Mughal Emperor who ruled from the capital of Delhi during the latter part of the 18th century. Being raised to the throne at the age of fifty-five, he was a relatively weak and incapable ruler, and was more likely a ‘puppet king’ controlled by other powerful authoritarians. He was, however, a man of culture and religion – being a devout Muslim and a lover of literature. This is a silver coin issued by Alamgir II was minted in Najibabad, a town in present-day Uttar Pradesh.