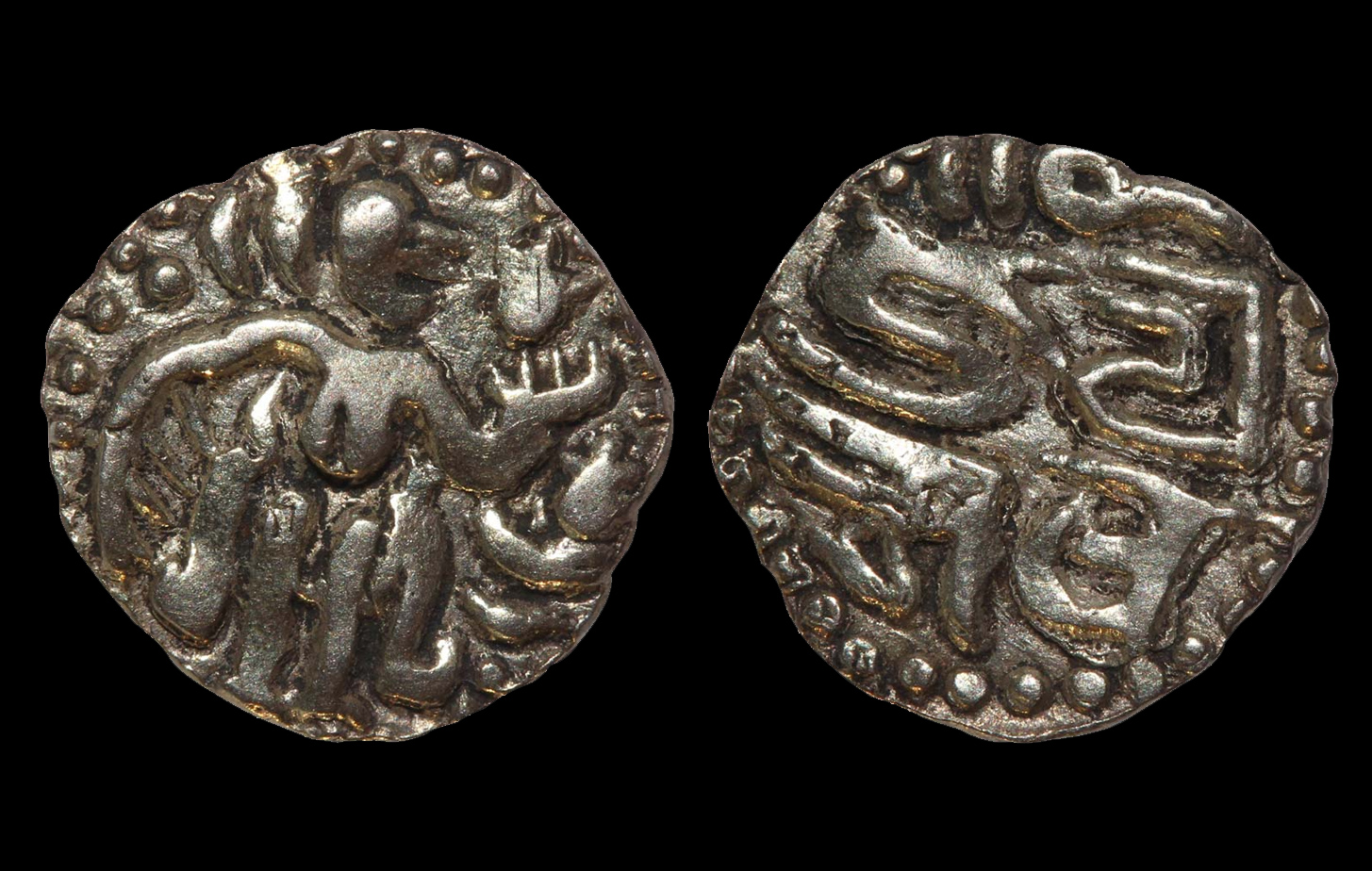 Raja Raja Chola I was a renowned king who ruled over the Chola kingdom in southern India from 985 to 1014 CE. Regarded by many as one of the greatest kings in Indian history, he was a celebrated conqueror and an efficient administrator. It was during his reign that the Cholas were able to subdue the Cheras, Pandyas and the Western Chalukyas. His first triumph was the destruction of the Chera navy at present-day Thiruvananthapuram. He expanded the Chola territory from the Tungabhadra in the north to SriLanka in the south. He led many naval campaigns that resulted in the conquest of the Malabar coast, the Maldives and Sri Lanka.

Raja Raja Chola I’s coinage was found in hoards in parts of southern India. He issued coins in gold, silver and copper. His coins are characterised by the inscription ‘Sri Raja Raja’ or with the king’s portrait accompanied by the inscription ‘Jaya Chola’. The portraiture is seen as an influence possibly from Roman coins. The front of this coin showcases the king holding a four-hooked mace in his right hand right and four books on his left. It also shows a lotus creeper at the bottom and a conch. On the reverse, the coin is inscribed in Nagari legend, ‘Jaya Chola’

King sitting on his throne with a trident, looking to his right—within a beaded border