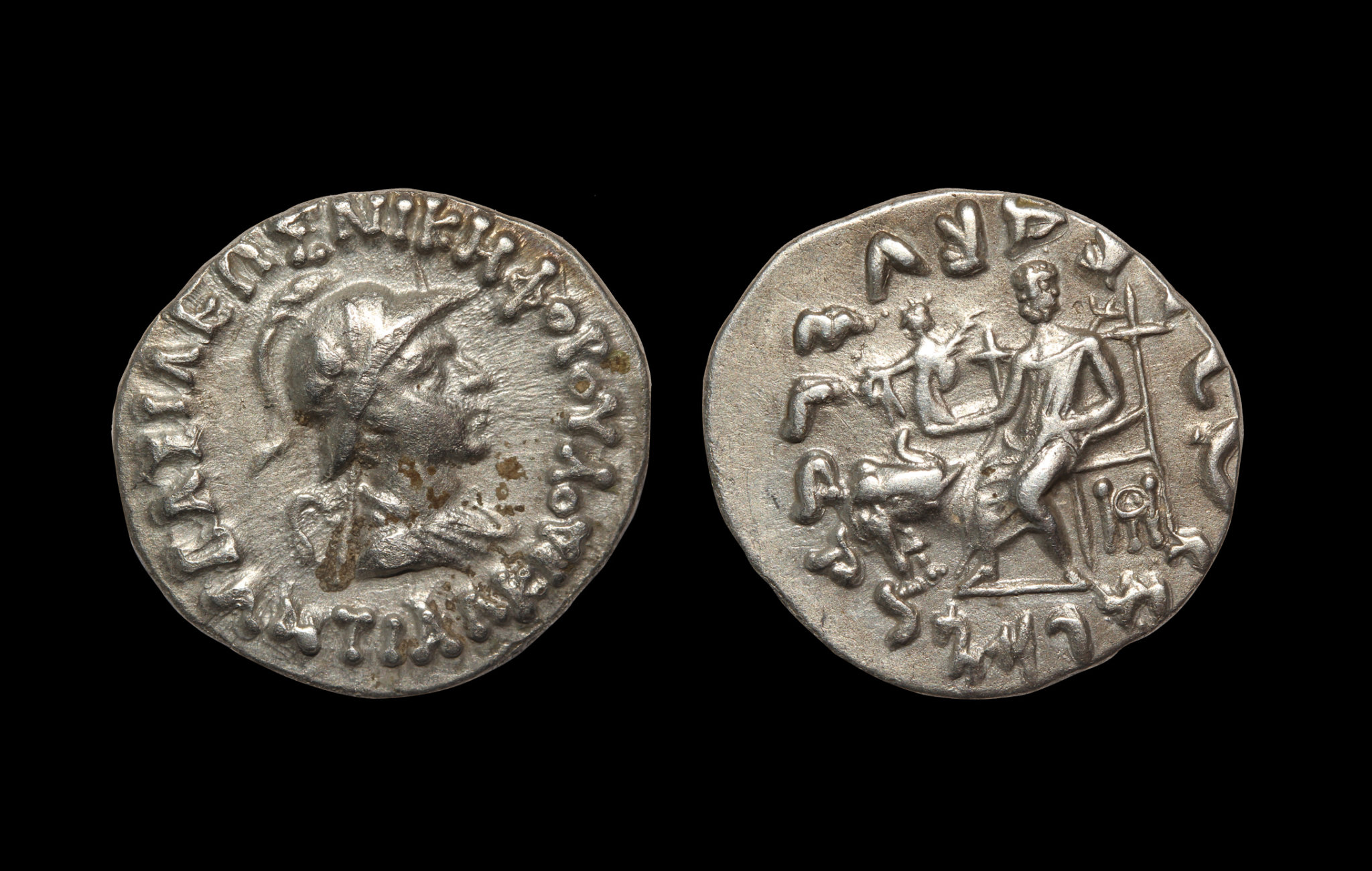 Greek coinage unlike the early Indian punchmark coins were very finely made. They went beyond the use of symbols to include bilingual legends, and bear-headed and helmeted busts of kings and gods from the Greek pantheon. The rule of the Indo-Greeks covers a period of 300 years from 2nd Century BC to 1st Century CE. There were over 30 Indo-Greek kings, often competing with each other.

This coin was issued in the name of Antialcidas Nikephoros, who reigned from his capital in Taxila. He is one of the few Indo Greek rulers for whom archaeological evidence apart from coinage is found. A few miles from the ancient city of Sanchi, a stone pillar called the Heliodorus mentions him as the Greek King who sent his ambassador of the same name to the court of the King Bhagabhadra (believed to be the Sunga king of the time).

Antialcidas and Lysias, another Indo-Greek king, share the same monograms and there exists two coins that showcase one king on the obverse and the other on the reverse. This indicates that the kings used the same mints, either simultaneously or more likely in immediate succession. Historians, who believe they ruled in tandem date Antialcidas’s reign from 130-120 BC, whereas others date him 115-95 BC, making Lysias his successor.

Antialcidas issued several monolingual and bilingual tetradrachms and drachms. This silver drachm has a helmeted bust of the king on the back, and around it the inscription Basileos Nikephorou Antialkidou, meaning (Coin) of Victorious King Antialcidas. On the reverse, Zeus is seated on a throne, holding a transverse lotus-tipped spectre in his left hand.