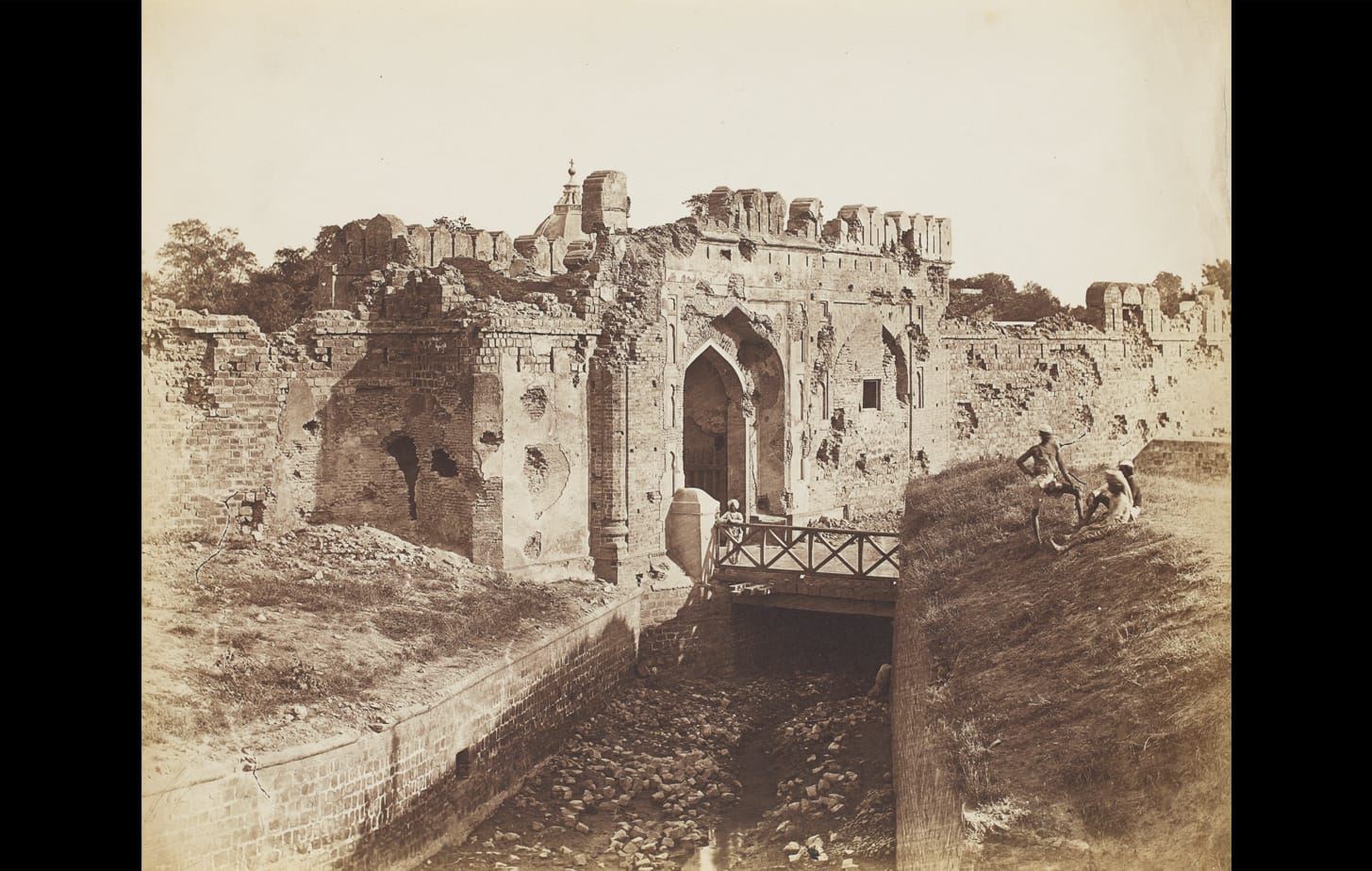 The Sarmaya collection holds an extensive range of Felice Beato’s work depicting the aftermath of the Uprising of 1857 in places like Delhi, Lucknow and Kanpur, which bore the brunt of the violence. The devastation of Kashmere Gate in Delhi was one of the landmark moments that marked the beginning of the revolution’s end.

Felice Beato was a European photographer renowned for being one of the earliest personalities to capture bold subjects like military expeditions and war.  He and his brother Antonio gained the knowledge of photography from their brother-in-law, James Robertson, a Scottish photographer.

It was between June 1855 to June 1856, in his formative years, Beato worked with Robertson as his partner and helped him photograph the Crimean War. Beato is most often remembered for his photography in Crimea, India, China and Japan. He arrived in Calcutta in early 1858 intending to document the aftermath of the Uprising of 1857. Between February 1858 and 1959, Beato travelled to Kanpur, Lucknow, Meerut, Simla, Agra, Delhi, Lahore creating over 130 topographical and architectural photos of British military siege and campaigns.