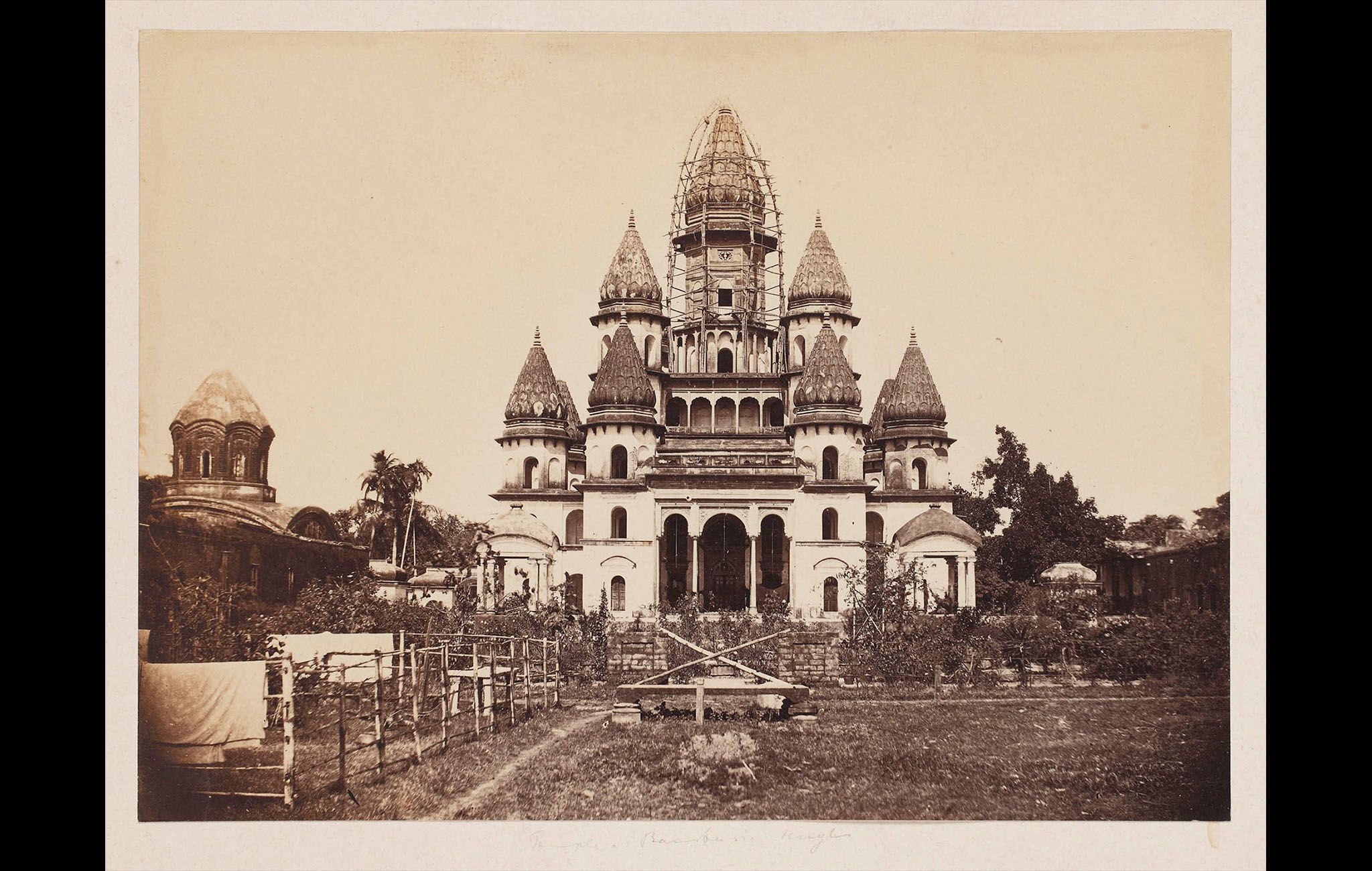 This picture shows the temple of Bansberia, also known as the Hangseswari temple,  in the Hugli district of West Bengal.

In 1792, Raja Nrisinhadeb Rai Mahasai of Bansberia came to Varanasi for retirement. Here, he approved a significant amount of money to raise a temple dedicated to Goddess Hamsesvari, an avatar of Goddess Kali, in Bansberia.  He purchased multiple blocks of stones and sent them by vessels by the Ganga to Bansberia along with several artists and sculptors.

When he returned to Bansberia in 1799, he laid the cornerstone of the temple. Unfortunately, he died in 1802 just when the second storey of the temple was completed. His wife, Rani Sankari, went forward with his vision and oversaw the completion of the temple.

Today the Temple of Hamsesvari stands tall in Bansberia. A popular site among many visitors and pilgrims, it is an intricately carved and ornamented seven-storeyed building topped by 13 minarets.

To read more on temples of India, click here.