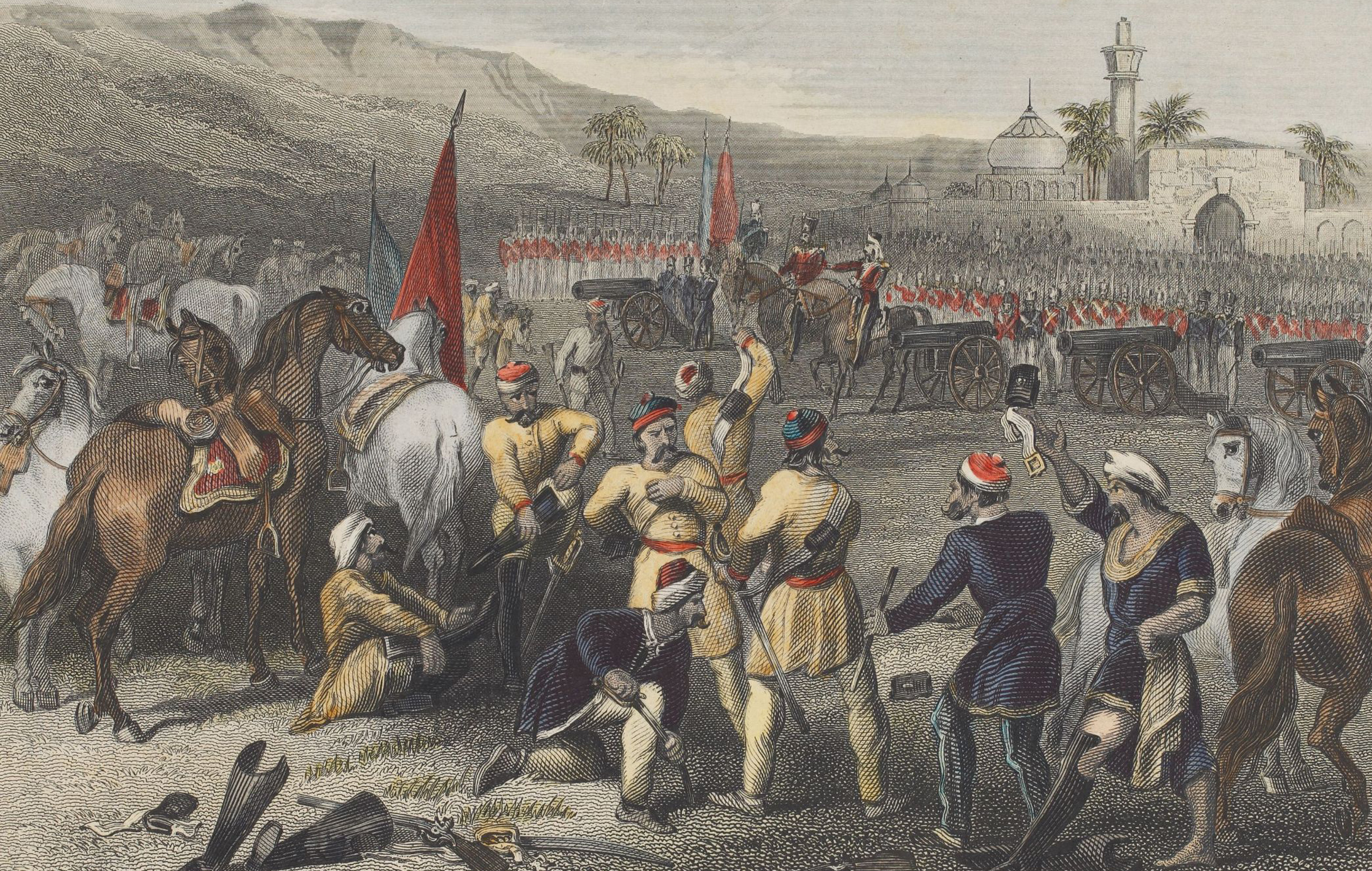 This engraving depicts scenes from the disarming of cavalry of soldiers by the British units at Berhampur in present-day West Bengal during the revolt of 1857.

On the 27th of February 1857, Berhampur (now Berhampore) was one of the first places of sepoy insurrection in the British cantonments at Barrack Square, when the 19th Native Infantry rejected rifle practise. After the Battle of Plassey in 1757, it was fortified as the East India Company’s first base in India. The cantonment was operational until 1870.

Disarming the 11th Irregular Cavalry at Berhampore in 1857