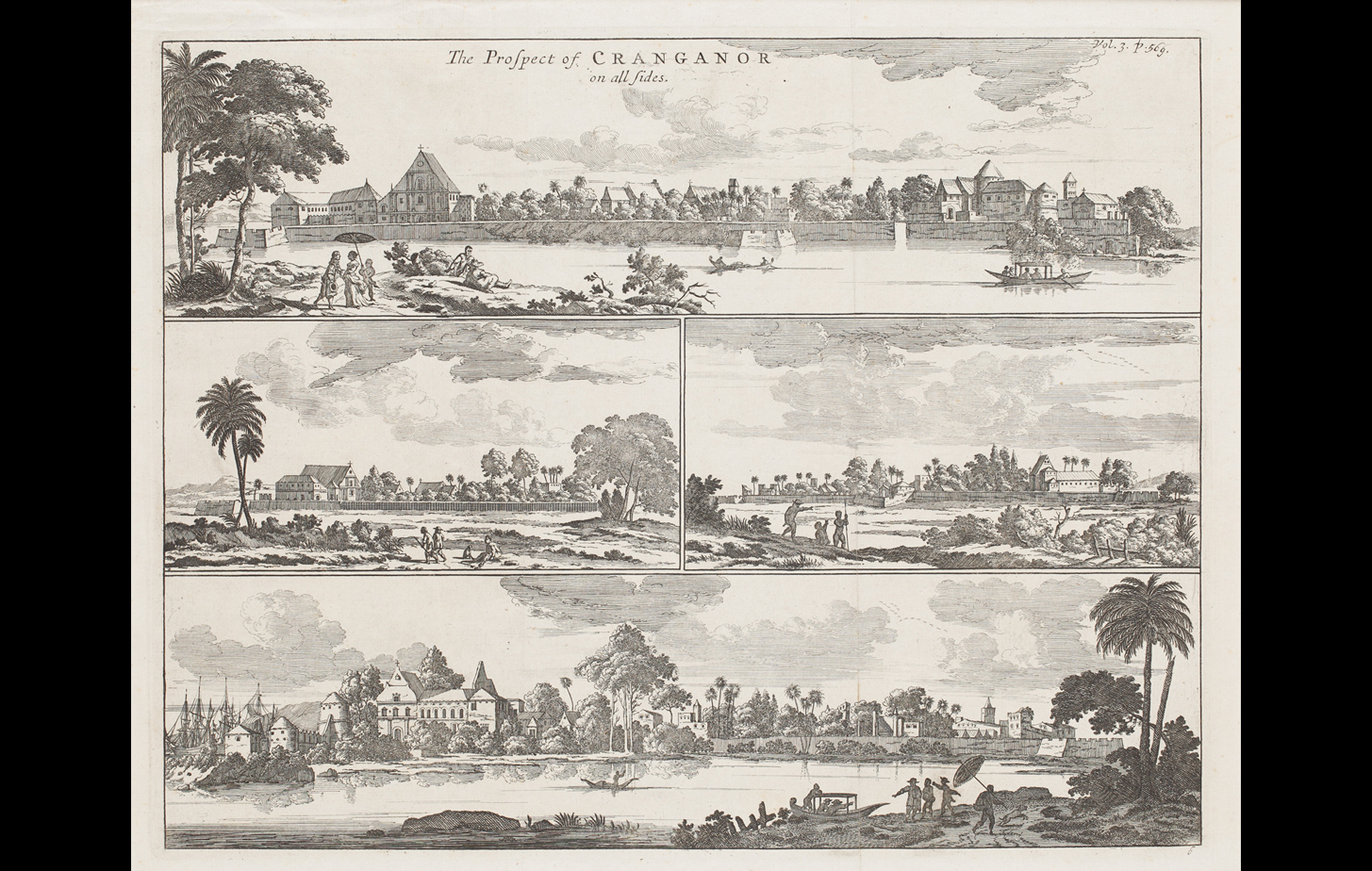 This is an engraving on Hand-made paper, after Hilippus Baldaeus (1632 – 1672). Craganor is the Anglisised name of the region of Kodungallur, a municipality in the Thissur district of Kerala. In history, the place was one of the leading ports and commercial centres of South India, also associated with the ancient port town of Muziris. In the historical tradition of the Malabar Jews, Cranganore is regarded as their original home and chief dwelling place. Jewish immigrants reputedly established their first foothold on the Malabar coast, and from there branched out into neighboring places and villages. The conquest of Cranganore by the Portuguese in 1523 led to a migration of the Jewish community to Cochin. This engraving from the 1750s is a depiction of the views of this port city from all four directions – all along runs a concrete embankment, beyond which the hustle and bustle of the city can be noticed. There are boats on the water and people crossing over to this side of the bank.

The Prospect of Cranganor on all sides