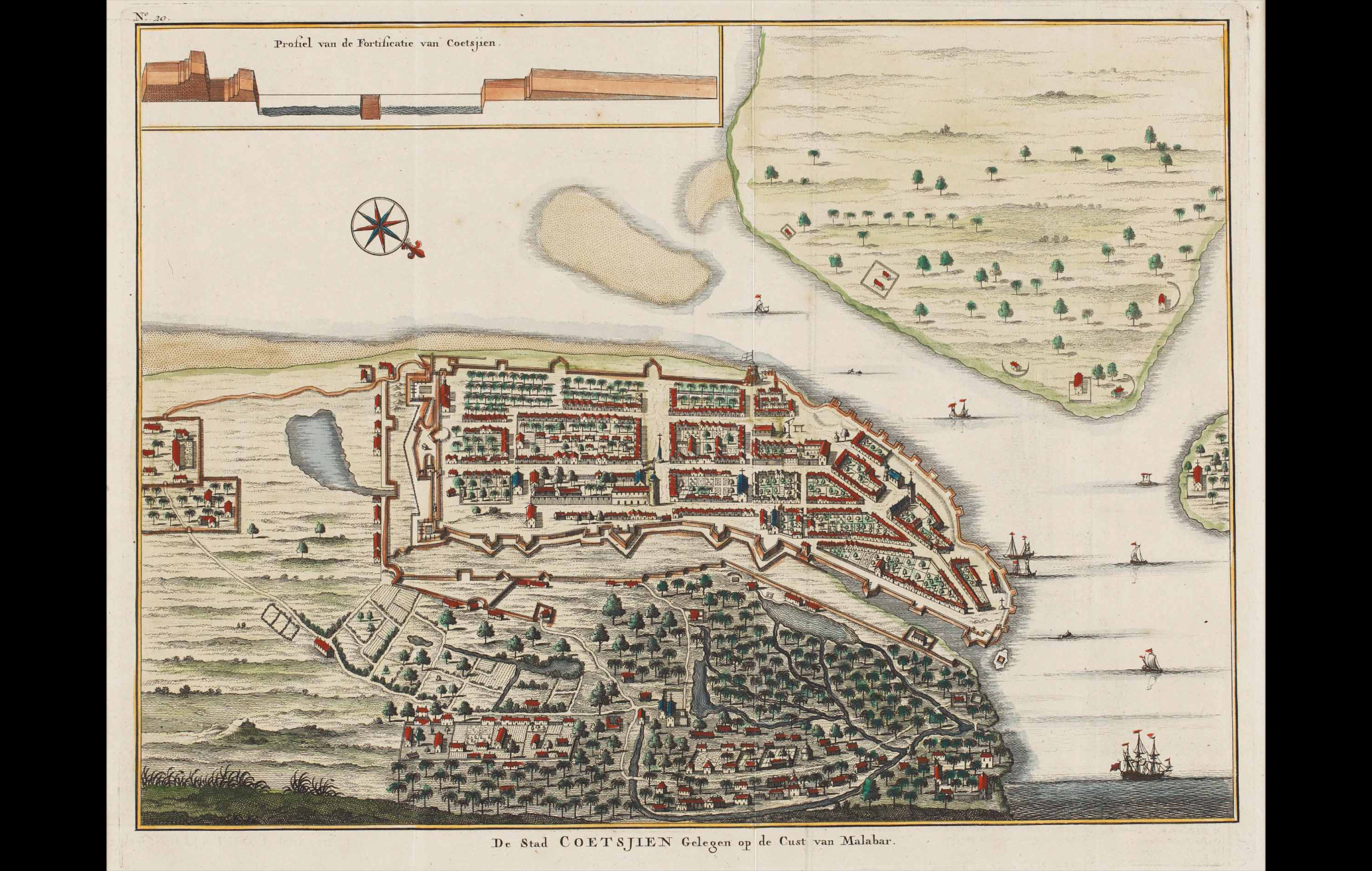 This map, whose title translates to The City of Kochi located on the coast of Malabar, was created in the early 1700s to help sea-traders travelling from other regions to Coetsjien (Kochi).

The map was a hand-coloured copper engraving by Francois Valentijn, an explorer and naturalist from the Netherlands who wrote about the history of the Dutch East Indian company and chronicled the countries of the Far East. His maps were considered very valuable, and his narrative style made him known as a prominent Dutch writer of his time.

The coastal map shows the dock as well as the landmass from a bird’s-eye vantage point. The dock entry is fortified and the embankment runs all along in the inland, embracing the fort of Kochi. The unfortified section, meanwhile, represents the local residences, filled with tiny waterways, streams, places of worship and vegetation. The top left of the map has an illustration of a profile view of the dock entry, to give travellers a clearer idea about the elevation.