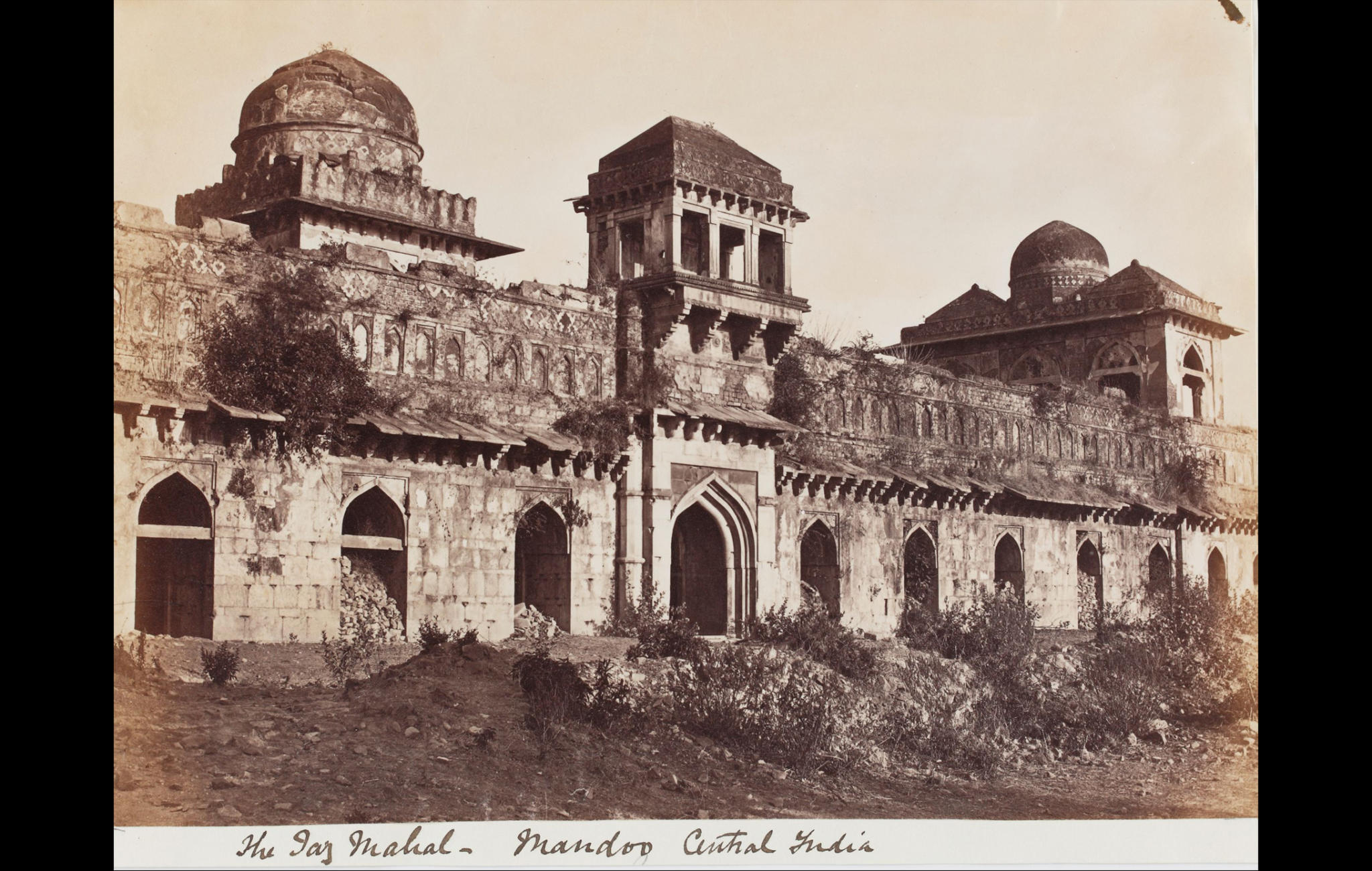 This photograph documents a close up of the facade of the Jahaz Mahal or the ‘Ship Palace’ at Mandoo (Mandu) in Madhya Pradesh.

The main entrance to the fortress called the Delhi Darwaza leads directly to the Jahaz Mahal. The exact dates on which the palace was constructed are unknown, but historians attribute it to 1460-1500. This aligns with the reign of Giyath-ud-din Khalji, a Pathan Sultan, who ascended the kingdom of Malwa in 1469 and benefited from the peace treaties his father, Mahmud Khalji, had signed with the neighbouring kingdoms. Giyath reigned without the fear of invasion and spent most of the thirty years of his reign in Mandu.

During the monsoon months of June and July, the Mahal’s reflection takes on the appearance of a ship alongside the surrounding brimming lakes, earning it the nickname “Ship Palace.”The building’s design is the product of a flawless combination of Afghan and Hindu architectural elements.

Mandu’s architectural prowess under the Pathan dynasties was relatively brief. By the early 19th century, the Mughals had acquired control of the Kingdom of Malwa and soon shifted their capital to nearby Dhar, leaving Mandu to become a ghost town.