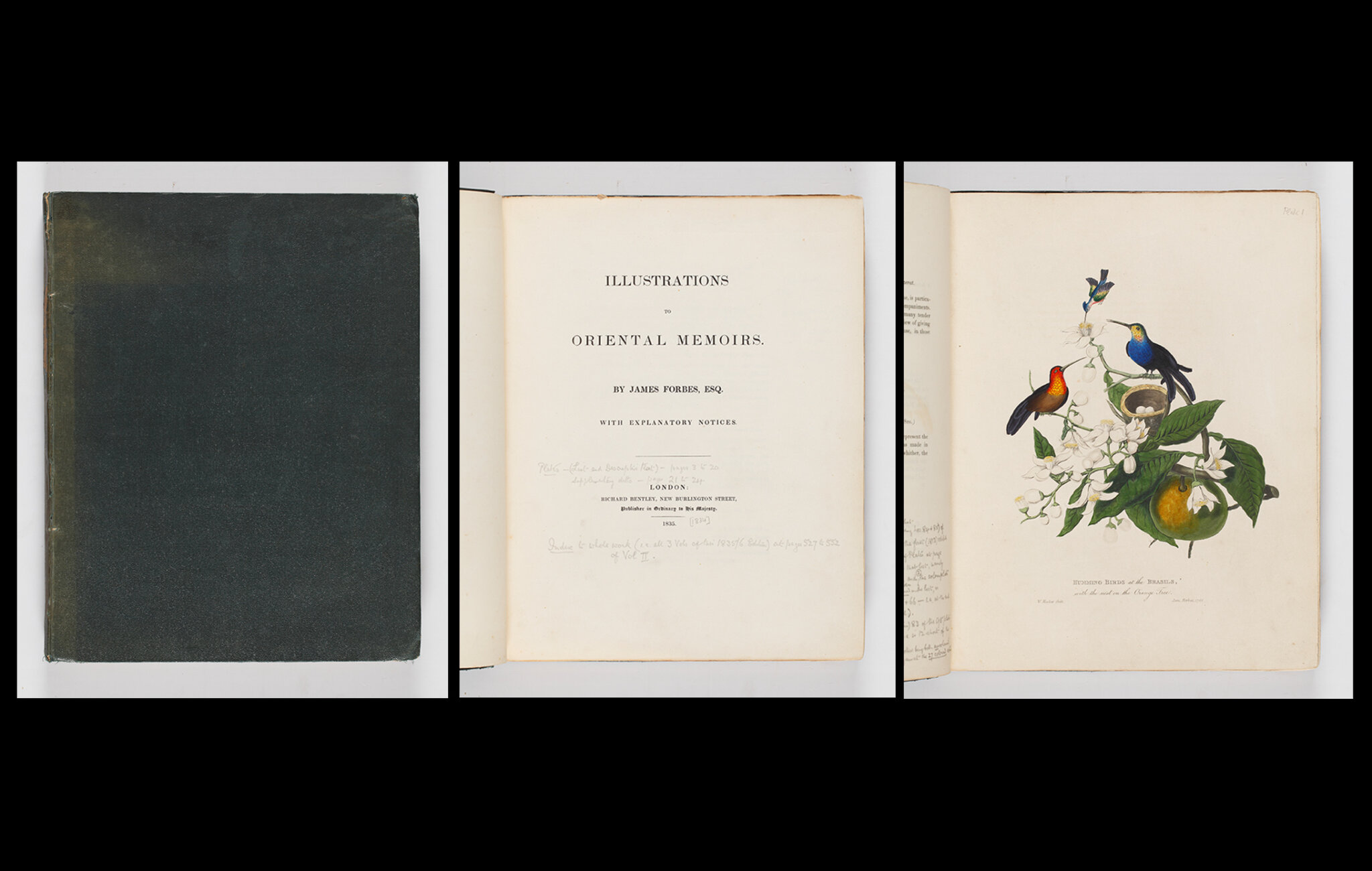 The first wave of European immigrants included sailors, emissaries, merchants, and the armed forces, people who could seize the land; the next wave included physicians, cartographers, botanists, and naturalists, people who could research it. In the hope of finding new medicines and new sources of revenue, they studied Indian plants, and created or commissioned thousands of drawings in the process. So botanical art struck roots and flourished in the heart of colonialism, as a branch of its economic activities. One such unique project was James Forbes’s Oriental Memoirs (1813).

Forbes arrived in Bombay as a 16-year-old in February 1766 and departed 17 years later, after occupying several administrative posts with the East India Company. Oriental Memoirs consists of three volumes: the first two are travelogues, produced from his detailed diaries; the third is this book a collection of drawings of fauna and flora because drawing to him “had the same charm as music to the soul of harmony.”