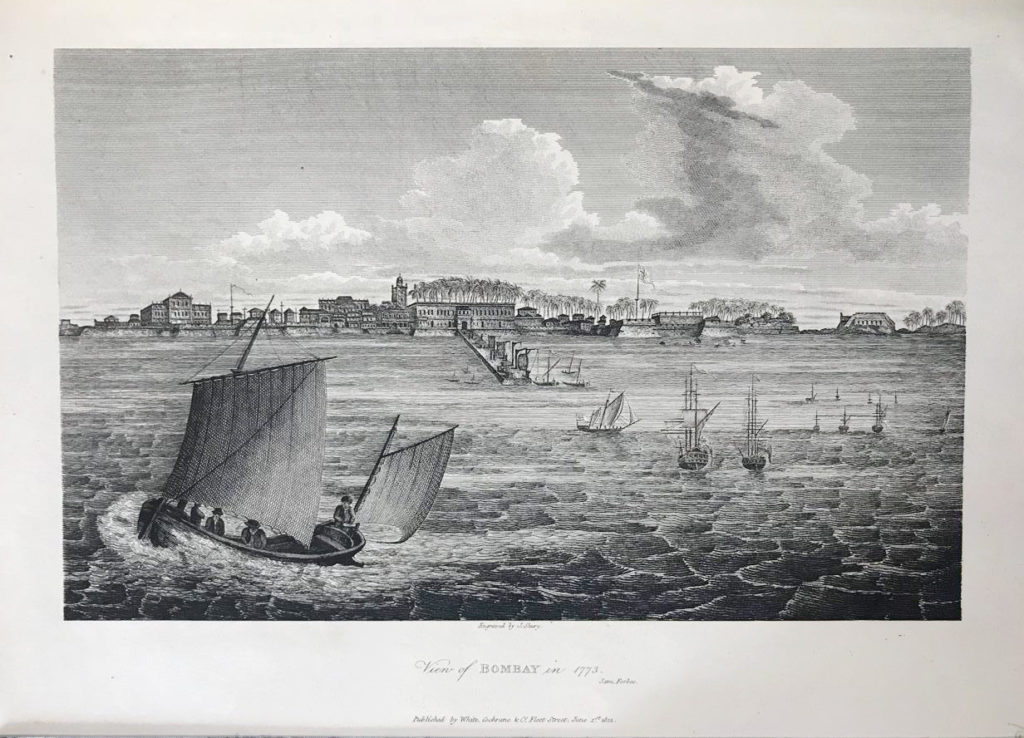 Two travelogues from the Sarmaya rare books collection give accounts of mid- to late-18th  century Bombay. Edward Ives, a naval surgeon, wrote the Voyage of England to India and James Forbes, who was appointed to be the ‘writer of Bombay’ by the East India Company when he was just 16, wrote Oriental Memoirs Vol 1. Their accounts are as distinct as their personalities and professions. While Ives takes a more shrewd approach in the description of the locals and writes a far shorter account of Bombay, Forbes’s writing is highly non-political as if he didn’t want to let anything distract him from researching the land. But what they had in common was their interest in the flora and fauna of Bombay. Here are a few excerpts from their celebrated accounts, interspersed with fine drawings from another rare book also by James Forbes, Illustrations of Oriental Memoirs. 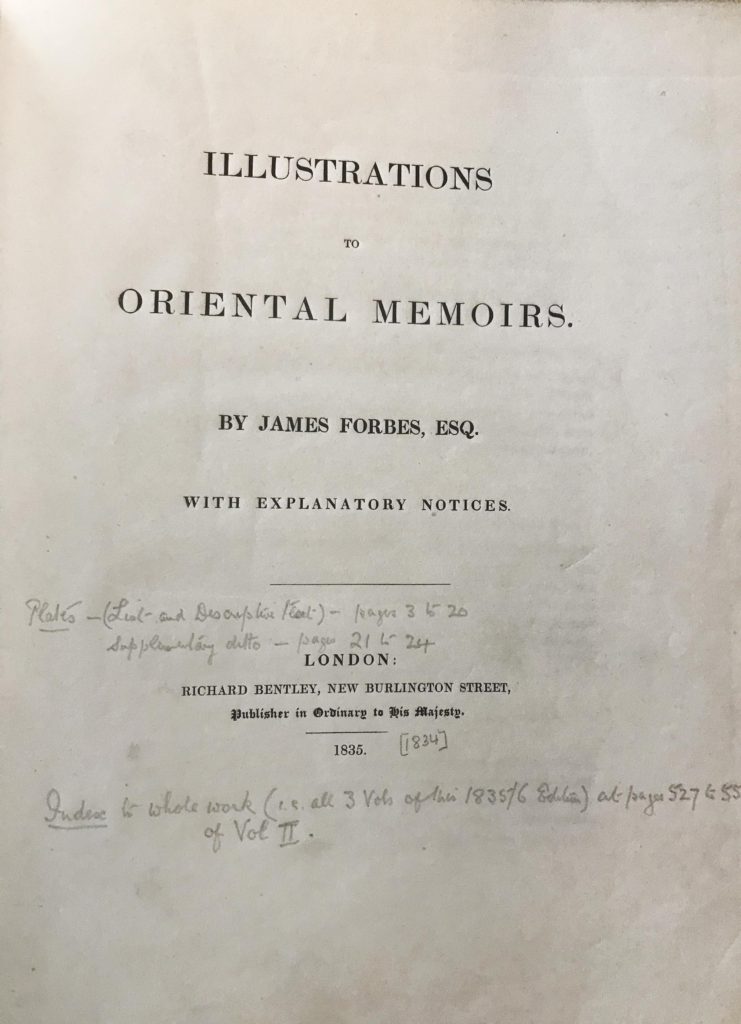 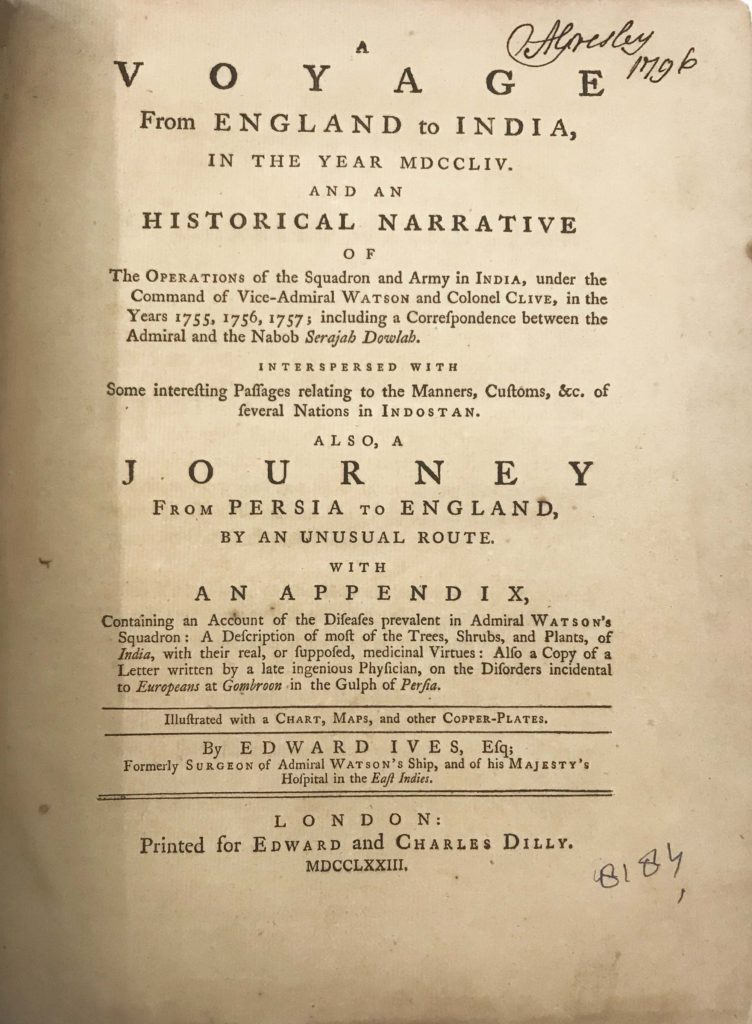 On the coconut tree and its many uses

Excerpt from page thirty-three, ‘Voyage from England to India’ 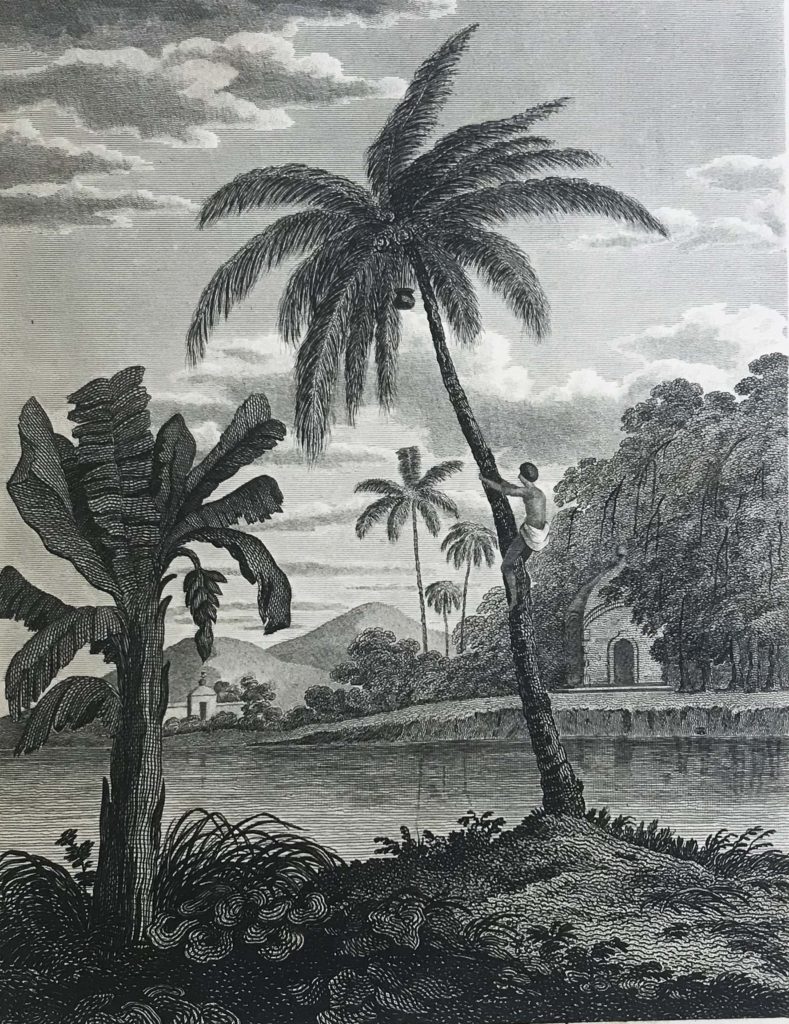 From ‘Illustrations of Oriental Memoirs’ by James Forbes

A tree or a village?

The excerpt below talks about a banyan tree that Forbes came across in Bombay. It reminds him of the story of Nearchus, an officer in the army of Alexander the Great, who is said to have encountered a banyan whose canopy covered five acres and could easily shelter ten thousand men. 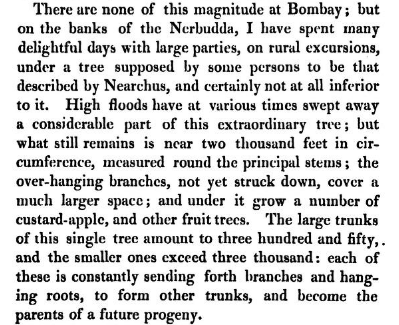 Excerpt from page 34, Voyage from England to India

How to say bye in India

As part of an exhaustive list of flowers, fruits, vegetables and spices grown and traded in Bombay, Forbes talks lovingly of the beetlenut and the use of paan in dropping a hint to guests who stay too long. 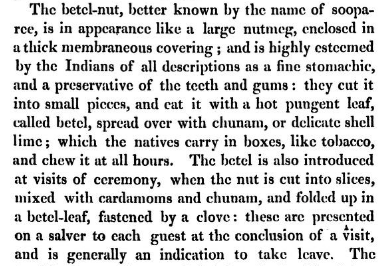 The curious case of the 22-inch frog

Excerpt from page Forty-two, Voyage from England To India

Edward Ives mentions a Mr Thomas, another surgeon, who contrived a method to measure the quantity of water that fell during the monsoons in the year 1756. He took a lead cylinder, nine inches deep and nine inches in diameter. The cylinder was marked in inches and tenths on the inside. To prevent the water from splashing over he cut a hole at two inches from the bottom and placed the cylinder in a glazed earthen vessel. When more than two inches would fall he would shut the hole with wax, and pour the water from the vessel into the cylinder to measure. He measuring at three intervals: morning, noon and evening. Below is his measurements for the month of June. 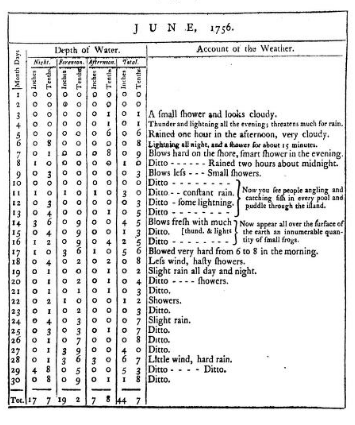 Excerpt from page thirty-eight, Voyage from England to India

Both Forbes and Ives describe a large variety of cobras found on the islands, but the former goes into delighted detail about the ‘dancing snakes’ he witnessed. 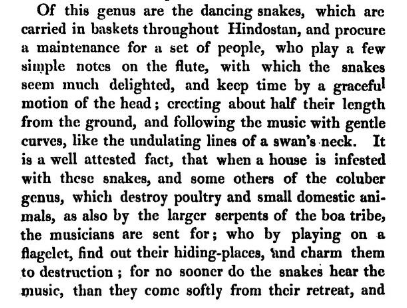 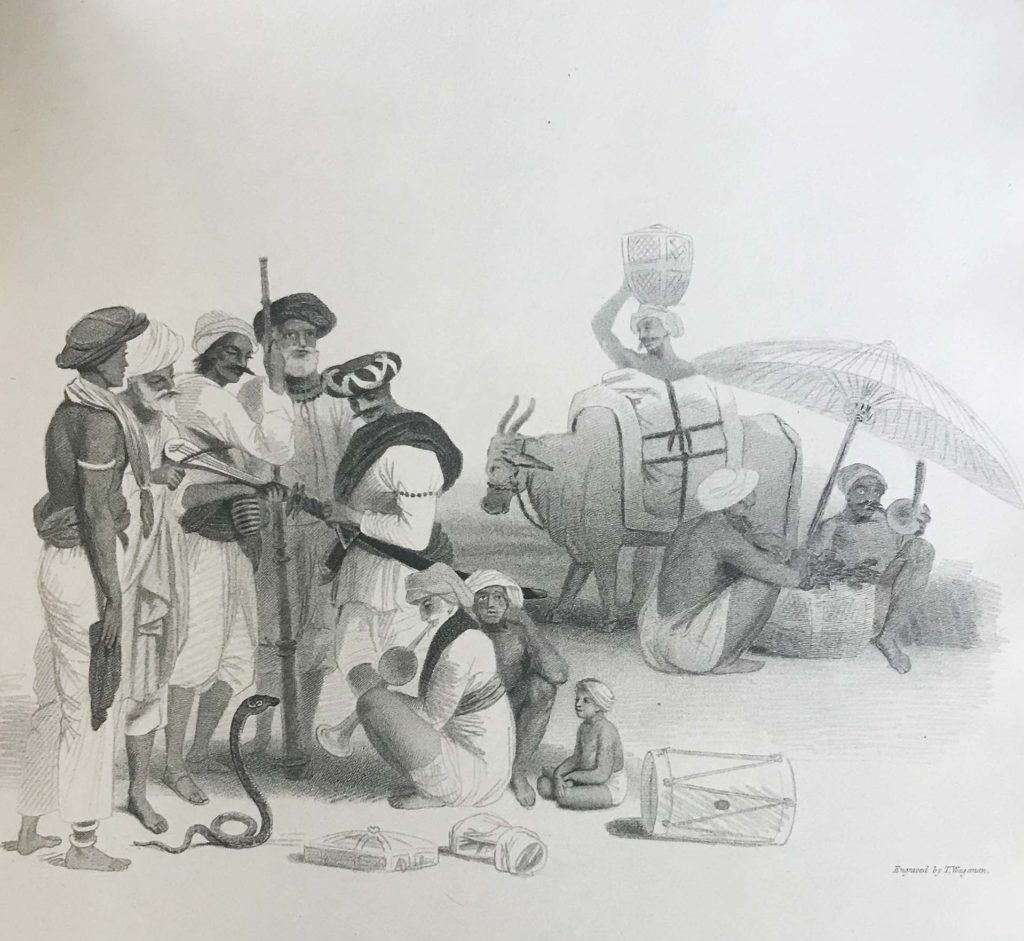 From Illustrations of Oriental Memoirs by James Forbes

The monkey that fought the British 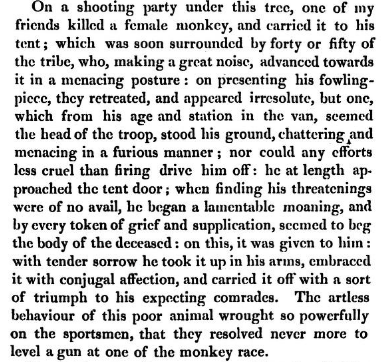 Kuhu Kopariha is an intern at Sarmaya