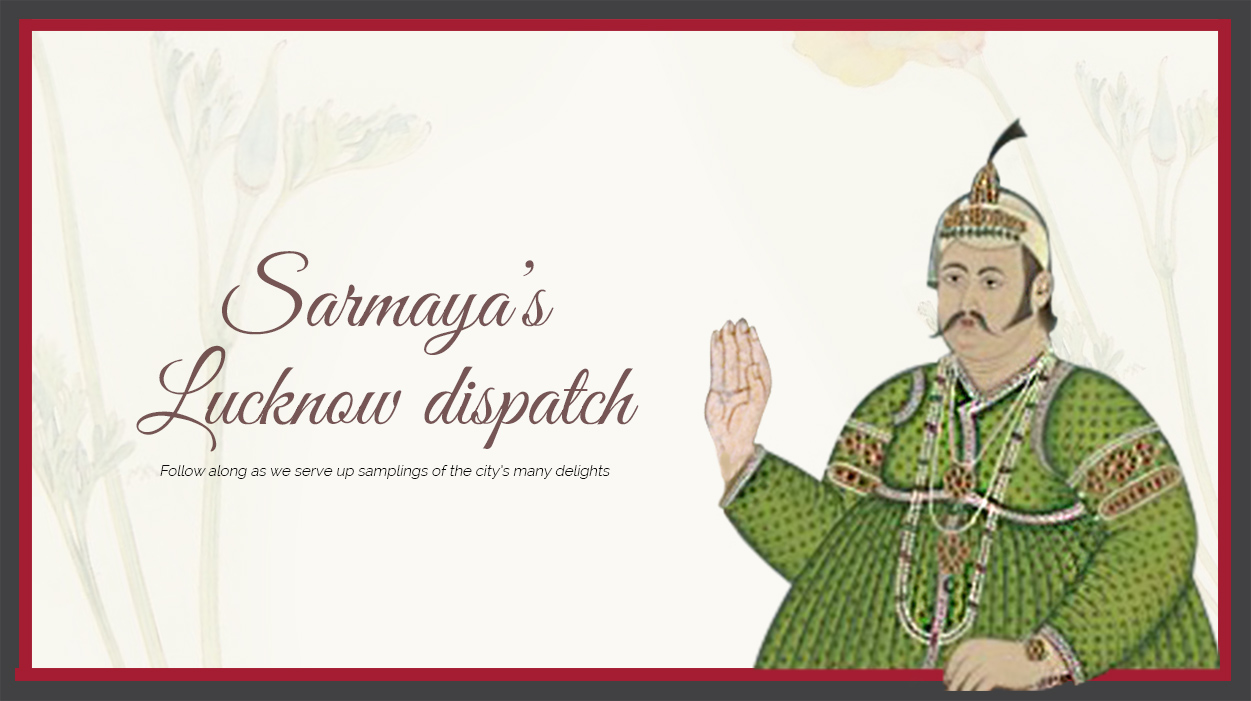 In the weeks leading up to our Lucknow trip, we’d share with our guests little morsels like the ones below on the culture, art and history of the city to whet appetites for the feast ahead. Here are just a few facets of this historical destination. 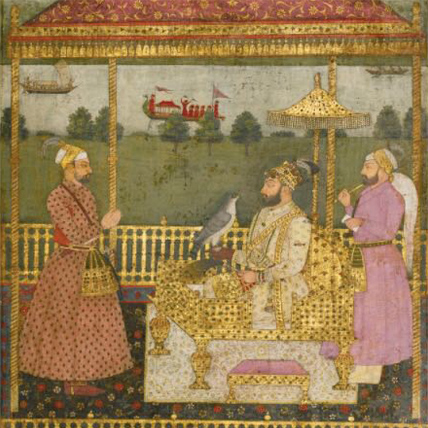 This elegant portrait of Emperor Farrukhsiyar (r.1713-19) is exceptional because of the fine quality of the painting throughout, especially the carpet, clothing, jewellery and chair in the foreground and the riverscape and distant landscape in the background. The lower part of the painting, comprising the terrace scene and the near bank of the river, is datable to the reign of Farrukhsiyar and is typical of the fine quality and restrained compositional style of work produced in first quarter of the eighteenth century at Delhi by artists such as Chitarman II, also known as Kalyan Das. The background, comprising the river, the boats and the distant landscape on the further shore, has been added in the third quarter of the eighteenth century and is typical of Awadh work of the period. The combination of styles reflects the development of painting in Lucknow in the mid-century, when artists were keen to break away from the Mughal style composition and include realistic landscape settings. Specifically, the widespread use of aerial perspective to create distant landscape vistas in the backgrounds. 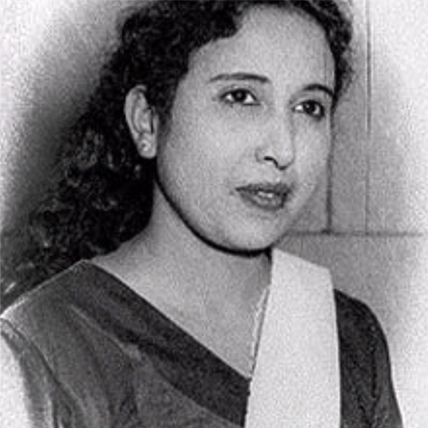 ‘Ulfat ki nai manzil ko chala’ is a timeless classic written by the lyricist Qateel Shifai, who was born in Haripur, towards the north west reaches of British India in 1919. He wrote beautiful Urdu poetry some of which was set to music in the ghazal form. The ghazal, a so-called light classical form, is grounded in Hindustani Classical music. Whether sung in Arabic, Persian or Urdu, the ghazal is a form where much is left to the listener’s imaginative powers. What sounds like a tale of love is open to interpretation and may be both sacred and profane. Some nuances are beyond interpretation and the explicit is seldom desirable. Nowhere is this duality more evident than in the languid and plaintive voice of Iqbal Bano who gives the poignant lyrics new ambiguities. This ghazal has also been a favourite of movie-makers through the ages and perhaps its most haunting rendition is from Mira Nair’s 1997 film ‘Kamasutra’. Listen here. 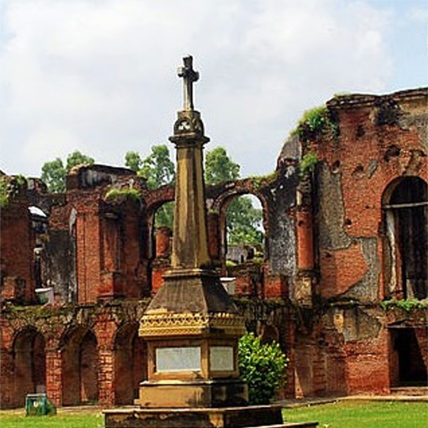 Perhaps one of the greatest tragedies of 19th century India was the brutal destruction of Lucknow, in the revolt of 1857. Considered by contemporary visitors to be one of the most beautiful cities in the world at the time and compared to Vienna and Paris, the city never regained its old beauty. Today, Lucknow is a bustling city rapidly growing, with motorways and info-tech parks. There is little memory of its past glory or its terrible destruction. You will have to visit the ruins of the Lucknow residency, located in the Qaisarbagh area of Lucknow, to see signs of the battle that saw an entire city rising in revolt for freedom. Read here. 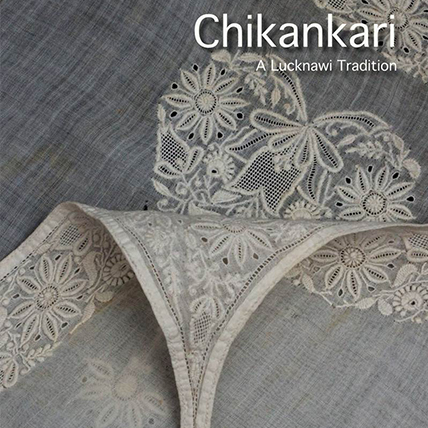 In a review of the book ‘Chikankari, A Lucknow Tradition’ by Paola Manfredi, journalist Mehru Jaffer sums up how this craft symbolises the city’s inclusive spirit: “The master craftsman may be male while most of the needle work is done by women. The designers can be both male and female, and often mostly Muslim. However, the carpenters who carve designs on wooden blocks belong to a different community. The embossing of designs with wooden blocks on textile is done by someone special while the tailoring of the embroidered pieces is the expertise of another. The needlework is the job of mostly Muslim families but those who sell the finished product are mainly Hindu businessmen.” Read more. 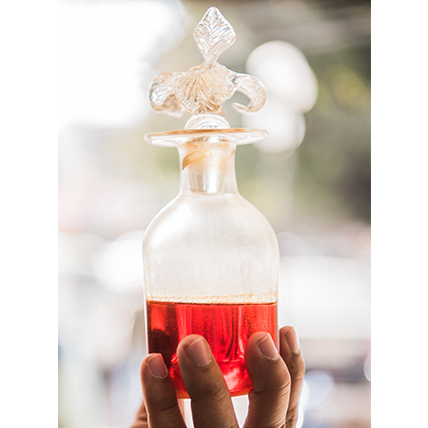 Thanks to its proximity to Kannauj, dubbed as the perfume capital of India, Lucknow is a great place to pick up a vial or two of ittar. These all-natural, alcohol-free fragrances are distilled from herbs, flowers, leaves and even soil from the Ganges—this last is used to create Mitti Ittar, which promises to have you smelling like the earth after the first rains. One of the most historic of the city’s perfumeries is Sugandhco, whose origins date back to 1850. Drop by at this landmark in Janpath Market, or pick up your signature scent from their online store. 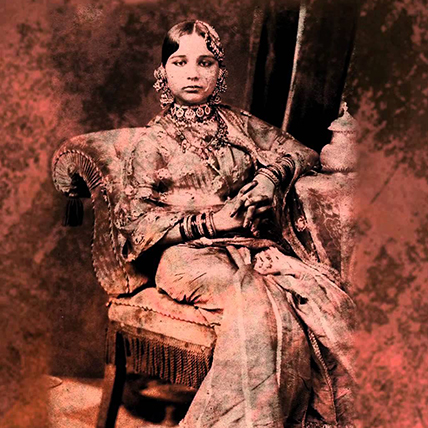 “The presiding genius of the defence is Huzrat Mahal, Begum of Lucknow, whose son, a boy of fourteen years of age, is the puppet king of Oude.” This is how Irish war correspondent Sir William Howard Russell introduces the first and only queen of Awadh, and one of the heroes of the 1857 Uprising. After her husband Nawab Wajid Ali Shah’s kingdom was annexed by the East India Company, the Begum fought ferociously to keep the British off her land and restore the throne to her young son. It was under her watch that the months-long siege of Lucknow was conducted. Read more about her and the other women leaders of 1857 here—Begum Hazrat Mahal is not the only Lucknawi on the list, either. 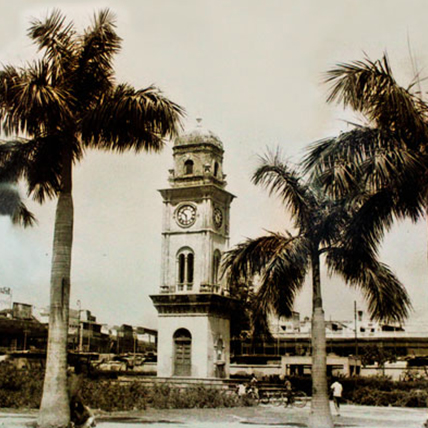 You wouldn’t guess it from looking at the quotidian bustle of Aminabad market today, but this neighbourhood once witnessed an incredible act of bravery by an unsung freedom fighter. In 1935, Gulab Singh Lodhi was shot dead by British officers for attempting to hoist the tricolour in Aminuddaula Park, which has since been renamed Jhandewala Park. In fact, Aminabad had a proud history of flying the Indian flag and leaders like Jawaharlal Nehru and Subhash Chandra Bose addressed crowds at the same park, seven years before the martyrdom of Lodhi. Read more about the cultural, literary and historical heart of Lucknow here. 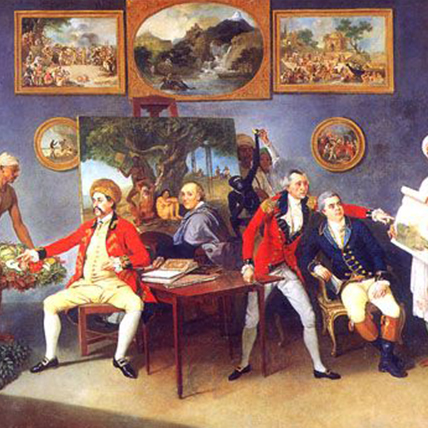 ‘General Claude Martin & His Friends’ by Johann Zoffany is something like a 18th-century equivalent of a Page 3 photograph. This portrait of the French general and founder of La Martiniere (in full military regalia and standing) features other high-ranking members of Lucknow’s expat community, including the painter himself. The German neoclassicist, whose likeness is represented by the man in the centre wearing a shawl, was known for his ‘conversation pieces’, portraits that depicted their subjects in informal, everyday settings. You can see this oil-on-canvas masterpiece up close at the Victoria Memorial Hall in Kolkata, or go here for a digital rendition.