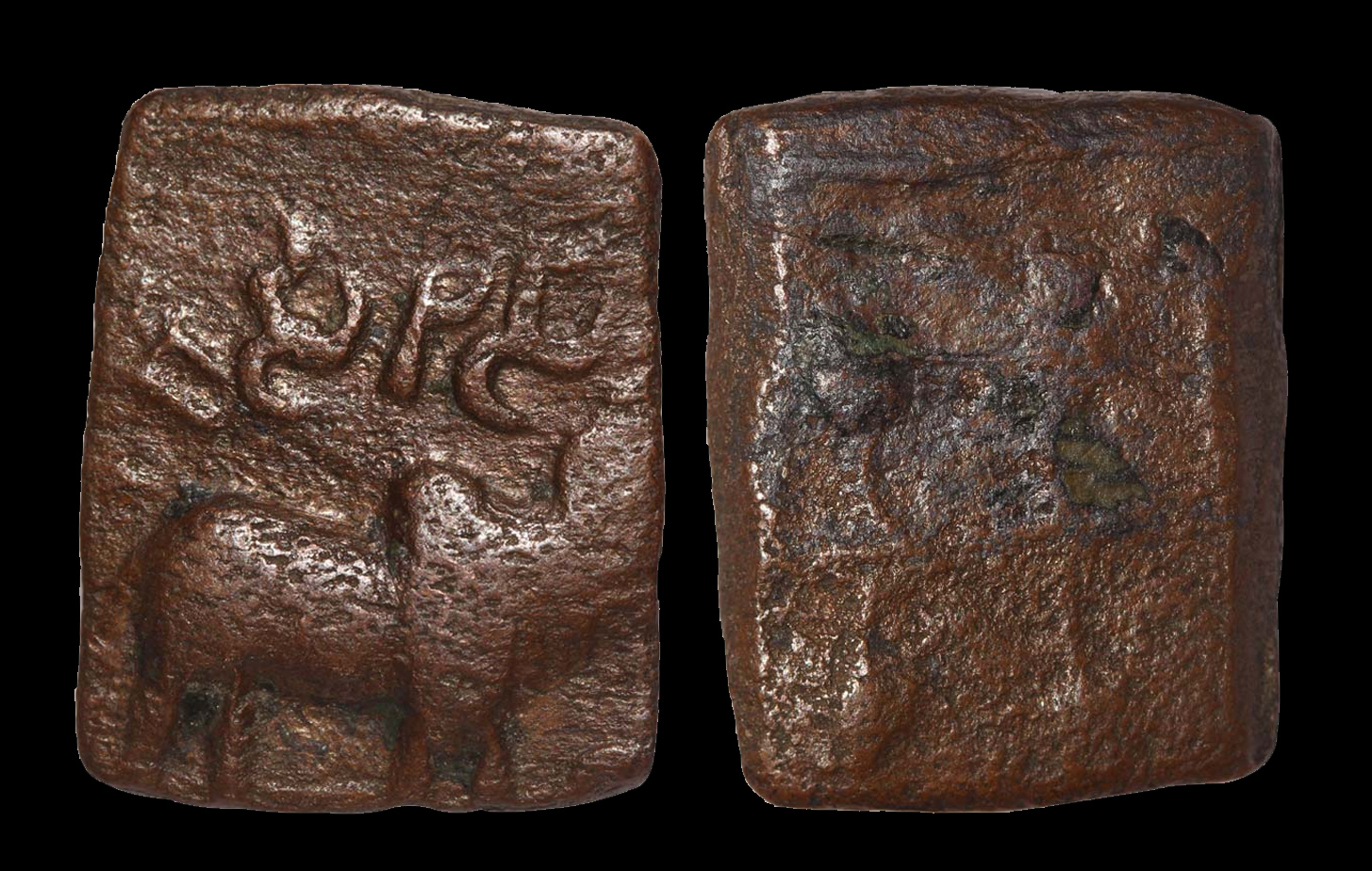 When the Mauryan empire fell, ancient India saw some new kingdoms take root, which then went on to become formidable dynasties of their own—the Satavahanas are a prime example. They emerged in southern India in the middle of the 1st Century BC and their reign lasted till the 3rd century CE, making them the longest ruling dynasty of ancient India. The Satavahanas gave stability to the Deccan and this resulted in a flowering of social and economic growth. Agriculture and trade were the two major industries. Bhadoch, Sopara and Kalyan were some of the major ports that they controlled and these linked to commercial centres like Nasik, Chaul and Junar. Satavahana coins are excavated mainly from the Western Ghats and the regions of Vidharbha and Deccan.

This rectangular copper coin features a bull and a legend in Brahmi script on the front. On the reverse, there’s a tree. It is argued that the bull, usually seen in profile, connotes Indra in the Vedic context, while in Buddhism, it represents the strength of the Dhamma or faith. The tree, on the other hand, is the most prominent symbol observed on ancient Indian currency, starting with punchmark coins and continuing through indigenous coinage. Tree worship was prevalent in ancient India. The symbol could also hark to the Bodhi tree. The tree is usually seen with five or six branches and placed inside a railing.

Brahmi legend ,letter "Sri Sa" is seen with a bull.