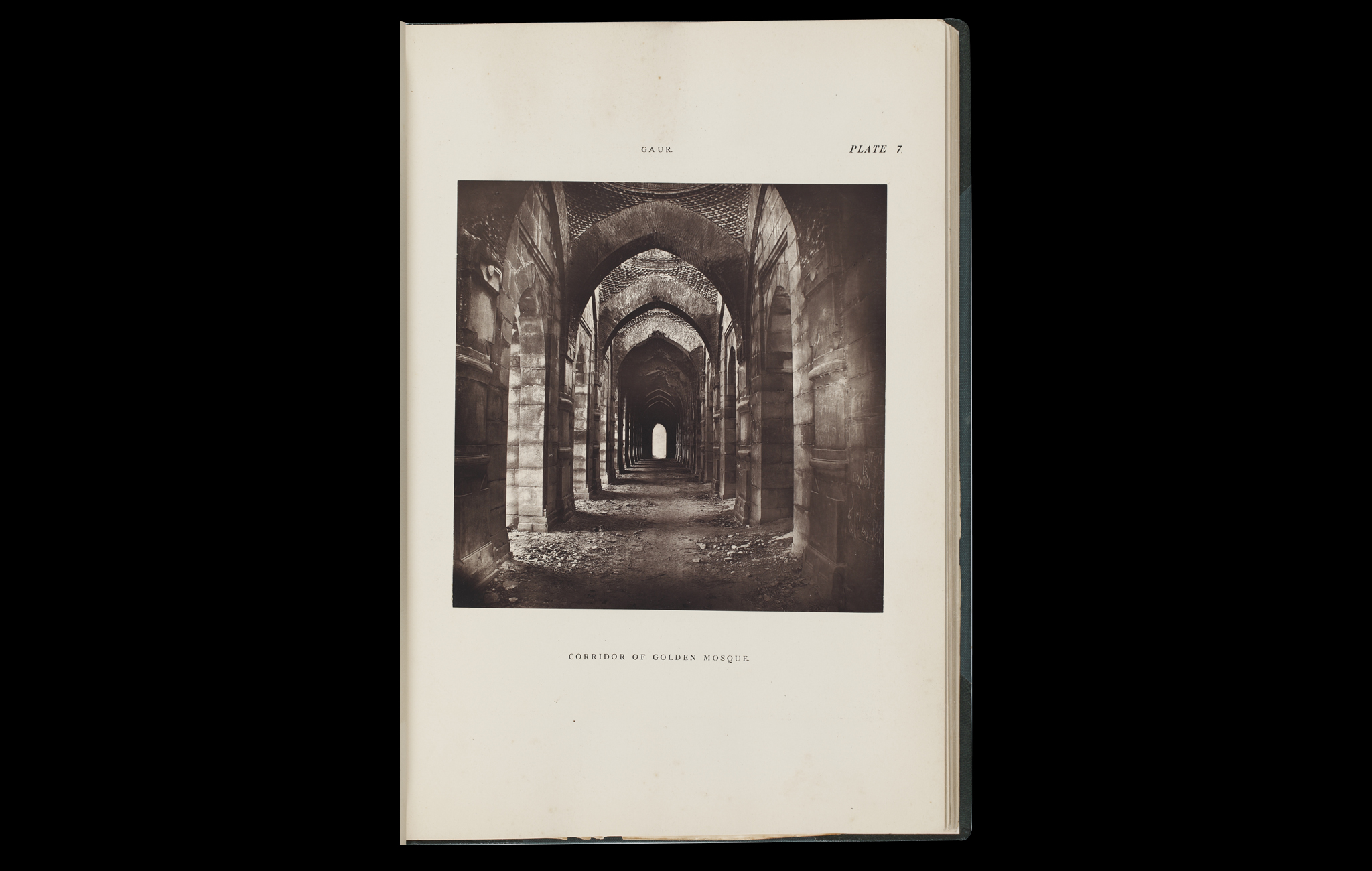 The largest of Gaur’s ancient monuments, the Great Golden Mosque or Sona Masjid possibly owes its name to the fact that the domes were once gilded. Traces of this were evident to Henry Creighton, an employee at an indigo plant near Gaur who inspected and meticulously documented the site between 1786 and 1807. The gilding no longer remains in this gigantic stone and brick structure built by Nasrat Shah in 1526, but the surface of the mosque is said to have once been ornamented to the extent that it seemed to be built entirely of gold when struck by sunlight. The mosque is locally also known by the name Baradwari, which translates to a building holding 12 doors, even though the structure holds only 11.