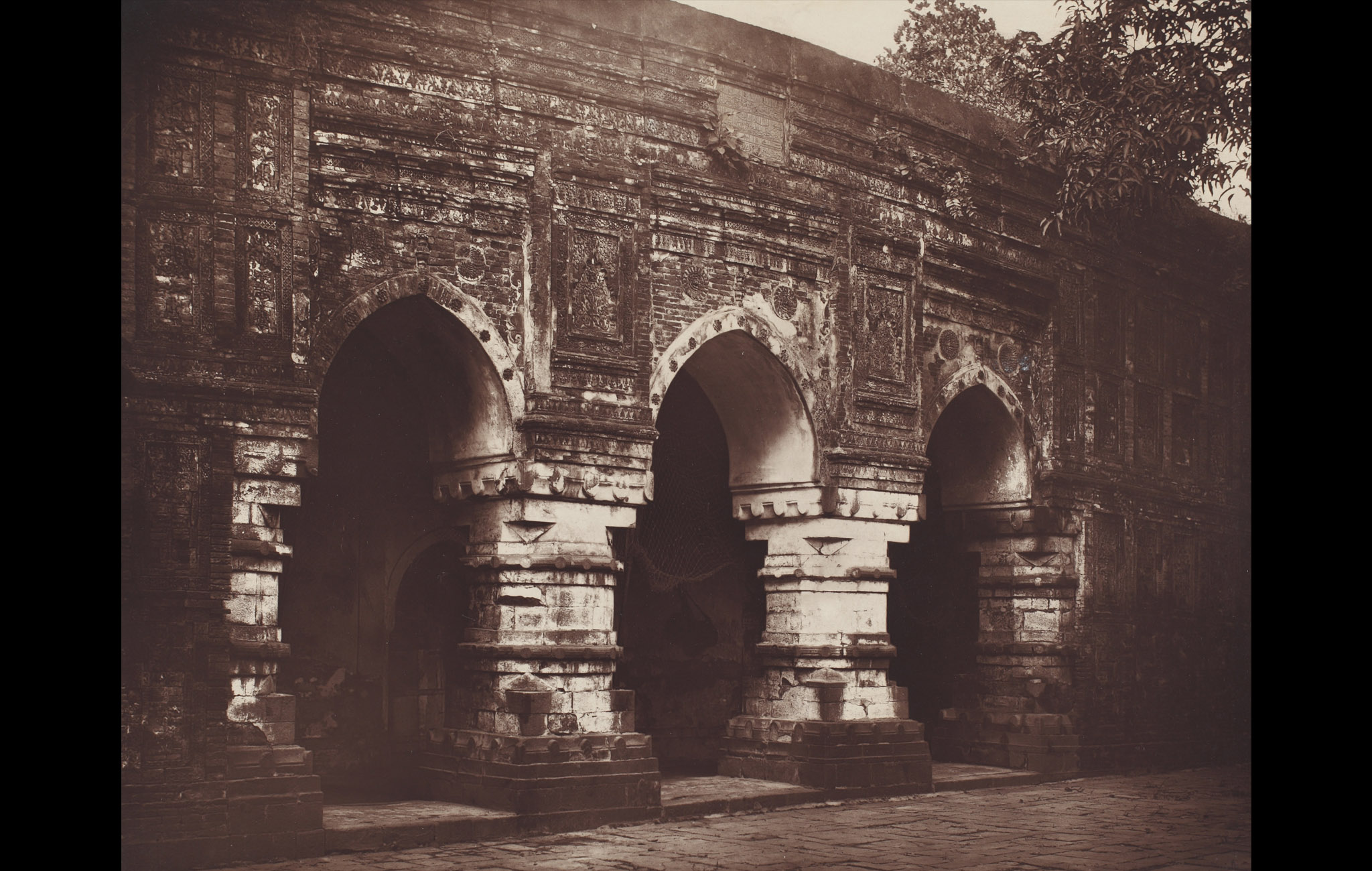 Built by Sultan Nusrat Shah in 1513 to house a stone representation of the footprint of the Prophet Mohammed, the Qadam Rasul Mosque is a one-domed square building located within the fort enclosure of Gaur. The relic, believed to have been originally brought by a saint from Arabia, was housed in Pandua before being brought to Gaur.

Gaur: Its Ruins And Inscriptions