The charm of the love story is eternal. And in the land of Kamasutra, you don’t have to look too far to find one. Whether you seek tales of unrequited love and star-crossed lovers to brood over or childhood romances and joyful reunions to feed your appetite for magic, India’s many regional storytelling traditions have them all.

While some of these conform to conventional romantic ideals, others offer refreshing perspectives on love and lust that speak to our 21st-century sensibilities. Take Bana’s seminal 7th century Sanskrit novel, Kadambari, for instance, in which two young men give their lives up for love and the heroines, though saddened by their lovers’ demise, still find purpose and survive. Bana is also among the few writers of the era who denounced the practice of sati, which was prevalent at the time. And what’s really interesting about our love stories is the way they’ve endured—born as folk stories, told and retold in homes and at communal gatherings, and immortalised in compelling works of art, poetry, literature, music and film. Here are a few of our favourite of India’s lesser-known love stories. 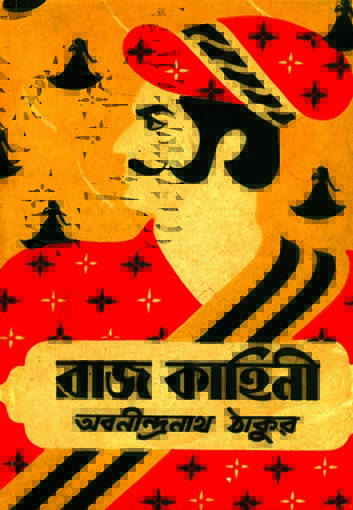 Raj Kahini, a Bengali book of Rajput lore by Abanindranath Tagore. This cover was designed Satyajit Ray in his days as a graphic designer.

The story of Rajput king Bappaditya and the princess of Solanki is a captivating tale of love at first sight. The Rajput prince grew up among the Bhils and was unaware of his royal lineage, when he chanced upon a princess from the neighbouring kingdom. The young prince and princess were instantly smitten and participated in a mock marriage ceremony performed by the princess’s companions where they posed as Krishna and Radha. This marriage had also been divined by the royal astrologer of Solanki. After this encounter, the prince went on to uncover his own royal lineage and subsequently joined the army of Chittor. Through the course of his life, as Bappaditya expanded his kingdom, he married several women. The princess of Solanki, however, remained devoted to him until news of his death reached her ears.

This story of young unrequited love is part of Rajput lore and was passed down through the oral tradition. Interestingly, it was eventually picked up by celebrated Bengali writer Abanindranath Tagore for his book Raj Kahini, a compilation of Rajput stories written for children. (Random literary trivia: The cover for this book was originally designed by genius filmmaker and one-time graphic designer, Satyajit Ray.) Meanwhile, the story of Bappaditya and the Princess of Solanki has become a part of the region’s literature and found repeated success in Bengali theatre too.

Story of a city 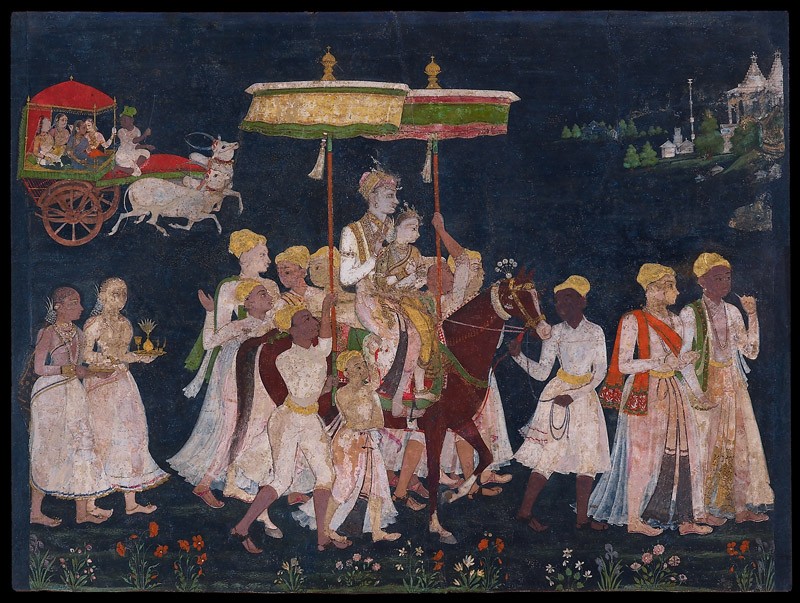 As a young prince, the sultan of Golconda, Mohammad Quli Qutub Shah, fell in love with a beautiful woman named Bhagmati and decided to marry her, despite the fact that she was a commoner and a Hindu. Legend has it that Bhagmati was given the name Hyder Mahal after marriage and Quli Qutub Shah, who is the founder of Hyderabad, actually named the city after her. The queen is believed to have died in 1611AD and no tomb was ever built for her. Bhagmati is a controversial character and historians have long debated her very existence. She is, however, mentioned in the travel accounts of Bernier, Tavernier, Thévenot and Careri, who visited Hyderabad about 60 years after the rule of Mohammed Quli.

Portraits of Bhagmati can be found in the Andhra Pradesh Museum of Art in Hyderabad. Then there is Bhagyanagaram, a literary dance drama about Bhagmati’s enduring romance with the prince of Golconda. Versions of the play have been staged all over Andhra Pradesh and Telangana, most notably to mark the queen’s 400th death anniversary in January 2011. 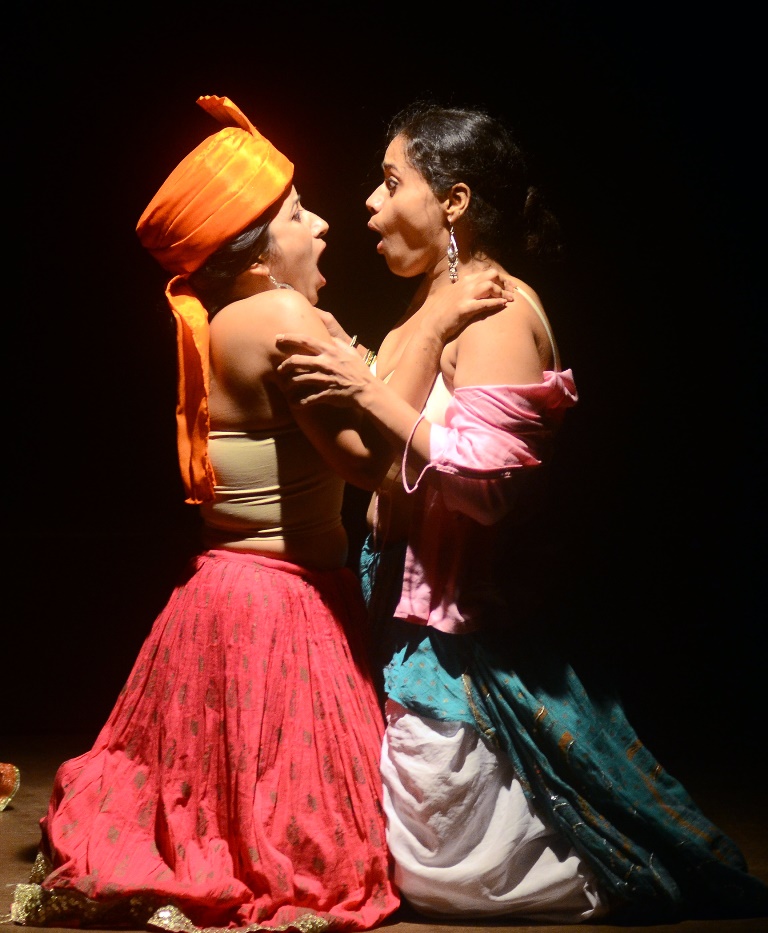 The story of Teeja and Beeja is a beautiful tale of queer love from Rajasthani folklore. Two women named Teeja and Beeja, are promised to one another in marriage by their fathers. Beeja is brought up as a boy and is married as a man to Teeja. They are happy together until Teeja suggests that she return to dressing as a woman. The couple soon invite the wrath of the villagers and are driven out. They pray to benevolent ghosts and Beeja is turned into a man. While this transformation makes their life easy socially, Teeja hates living with her new husband and leaves him. The story ends with the two accepting each other in their original form and living together as women, protected by the ghosts and away from the villagers.

Penguin published the story as part of the book Life – Selected Stories by folk writer Vijay Dan Detha, who goes by the name Bijji. It became the basis of a 2016 play titled Dohri Zindagi produced by a Mumbai theatre group.

Once upon a dream 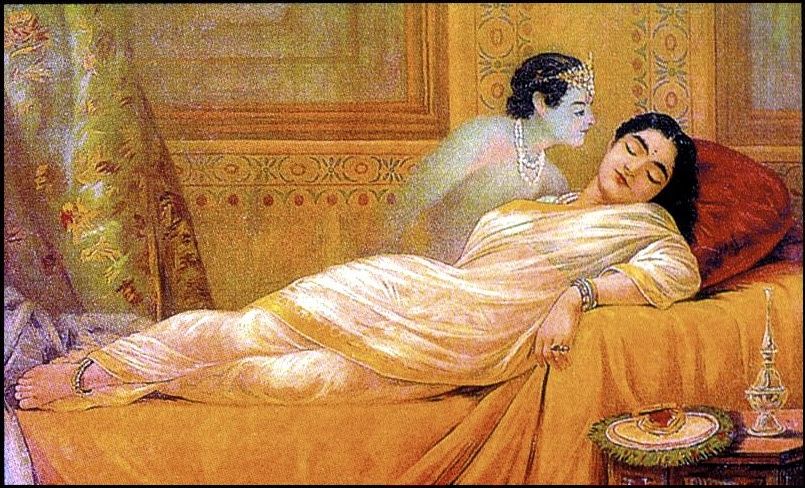 In this story from the Vishnu Purana, Usha, the daughter of Vana, the invincible king of the Daityas, dreams about a prince and falls in love with him. Usha’s friend Chitralekha, who has magical powers, helps identify the man of Usha’s dreams as Aniruddha, the prince of Dwarka and the grandson of Krishna. When news of the ensuing romance reaches Usha’s father, a staunch Shiva devotee, he is infuriated. Ultimately, Krishna and Shiva have to intervene before Vana finally accepts the young couple’s love.

The story of Aniruddha and Usha finds mention in the 18th-century Gujarati text titled Okhaharan by Premanand Bhatt, and much later in 1961, in Usha Parinayam, a play written by Vedam Venkataraya Sastry and performed in a number of Indian languages. The story has also been depicted in Yakshagana, a dance-drama form native to coastal Karnataka. Interestingly, Vana’s territory corresponds with that of present-day Assam, and the story is an important part of the Assamese oral tradition. Wedding songs or biyanamas are known to have direct and indirect references to the Usha-Annirudha love story.