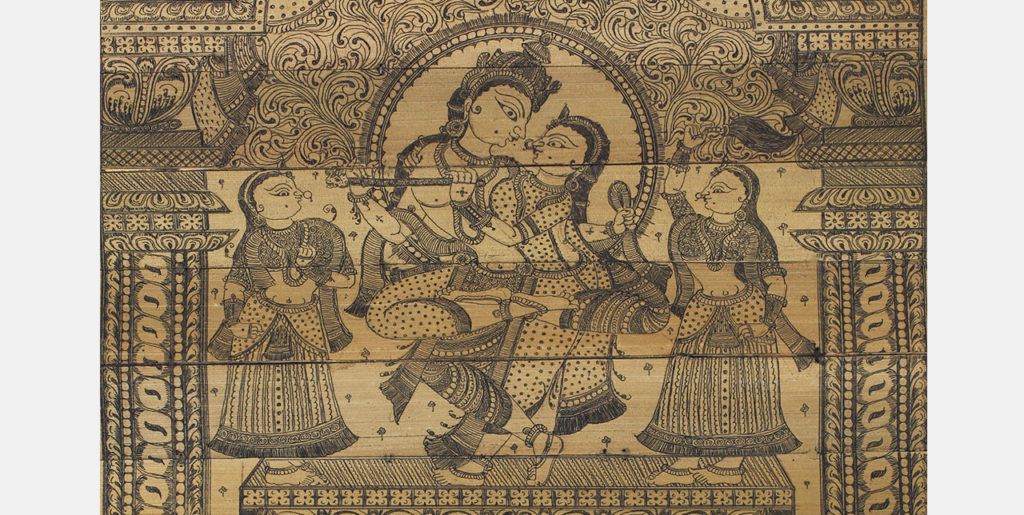 You’ll find the original Sanskrit passages of the Rasa Lila in the ancient Hindu texts of the Shrimad Bhagavata Purana and the Geet Govind. But for an Indian, this dance of divine love is everywhere. It’s inspired dramas performed in Bharatanatyam, Odissi, Kathak and Kuchipudi. You don’t have to be classically minded to enjoy it, either. Bollywood treats the Rasa Lila as the urtext for ageless love songs. It has everything. Dancing around trees—check. A heroine accompanied by a whole horde of ‘extras’—check. A hero who never, ever tires of romance—check.

But you can’t rely on Hindu film songs to tell you the whole story. In the case of the Rasa Lila, they only provide an easily recognisable vignette with a hummable tune. Scholars who have read the text of the Purana more closely believe the Rasa Lila is not about romantic love at all. The Bhagavata Purana is one of the foundational texts of the Bhakti movement of the 15th century, which sought to provide a fresh context to Vedic traditions by encouraging a deeply individual, intimate connection with god. In this, it bears resemblance with Sufism whose literature is also often mistaken for romantic poems.

It goes without saying then that there’s a lot more to the Rasa Lila than meets the eye. We dug up just a few delicious details and far from breaking the spell, they heighten the charm of this eternal love drama. The images used here are taken from a massive and intricately crafted Tala Pattachitra scroll from the Sarmaya collection. To see it in all its glory, click here. 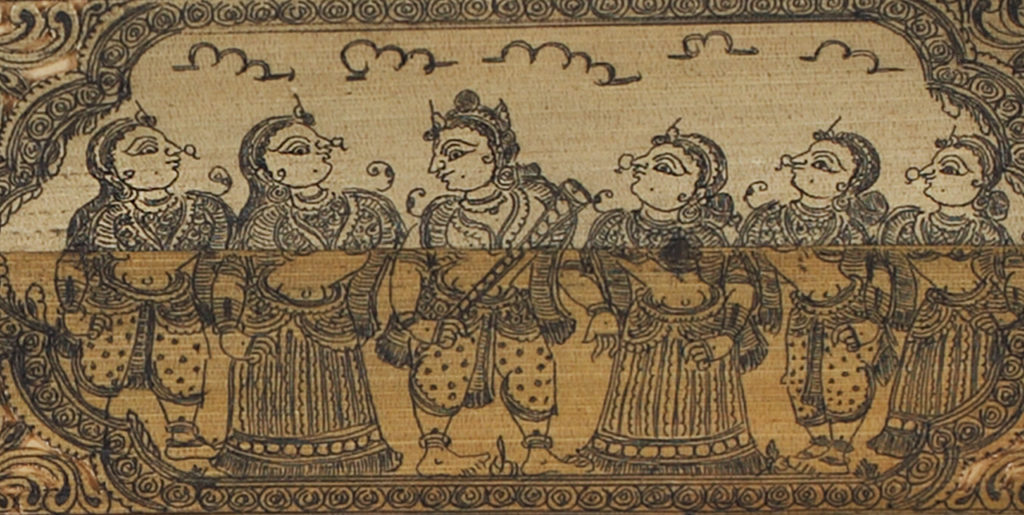 This is an October romance

You would think spring is the season of love, but the Rasa Lila takes place during a starlit autumn evening. Graham M Schweig, author and translator of Dance of Divine Love: The Rasa Lila of Krishna from the Bhagavata Purana, sets the scene in the introduction to his book: “[Vraja, where the dance happens] is described as a land of idyllic natural beauty, filled with abundant foliage heavy with fruit and bloom, roaming cows, and brightly colored birds singing melodiously. The Rasa Lila takes place in the earthly Vraja during the bountiful autumn season, when evenings abound with soothing scents and gentle river breezes.” 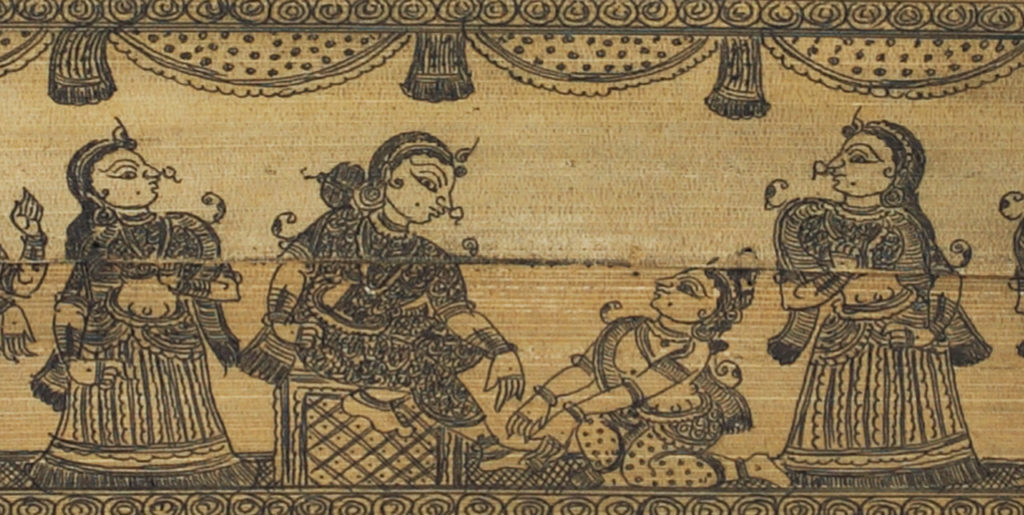 All the gopis have a secret

Far from playing second-fiddle to Radha, the gopis are enlightened beings in their own right. After all, it takes one to know one. Indologist Asha Goswami says in the Daily Pioneer, “According to the Vaishnava theology, gopis in their former life were the Nityasiddhas and the Devasvprupas…” These were humans who underwent rigorous tapasya or meditation for the privilege of being close to Lord Krishna. And they had to be reborn as women to attain this goal—even if they were gods to begin with. Devdutt Pattanaik elaborates, “When Shiva wants to participate in the raas leela, he takes the form of a gopika and so is worshipped in Vrindavana even today as Gopeshwar Mahadev.” 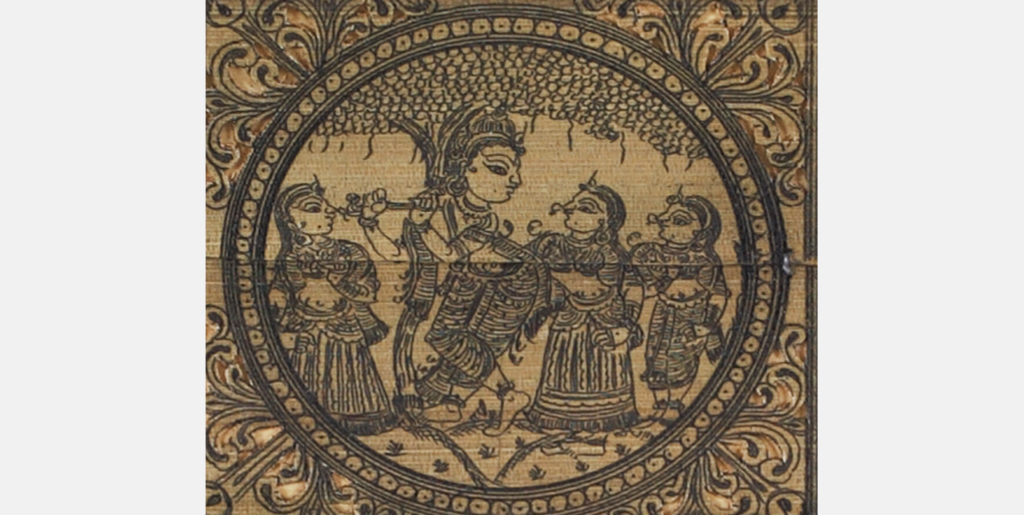 Nothing is as it seems in the set piece that is the Rasa Lila. Krishna represents supreme bliss, and Radha and the gopis are the soul, yearning to be set free from the cycle of rebirth. In the background is the Kalpavriksha, the wish-granting Tree of Life popular in Hindu, Jain and Buddhist mythologies. Even Vraja, where they dance, is not an actual location but situated in the highest of heavenly realms. Although, our next point disputes this… 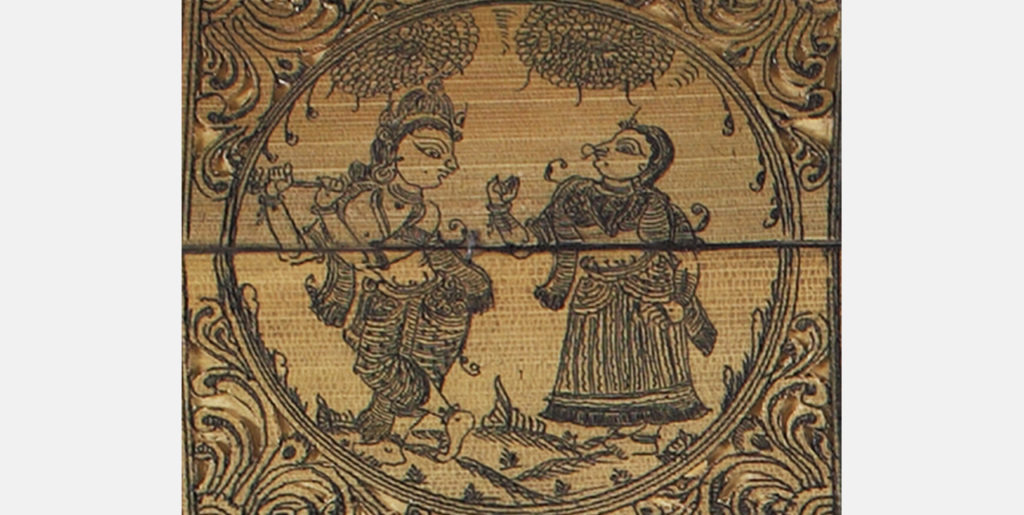 It is believed that Krishna, Radha and their cohorts spend the nights frolicking IRL at Nidhivan, an overgrown grove near Mathura in UP. The gnarled old trees with intertwined branches inside the garden are said to transform into gopis at night and believers leave food, paan and supplies for the divine revelers. This tourist attraction and the dense thicket of legends that engulf it are protected zealously by the locals, who believe anyone fool enough to investigate the phenomenon will be struck down by blindness, insanity or worse. 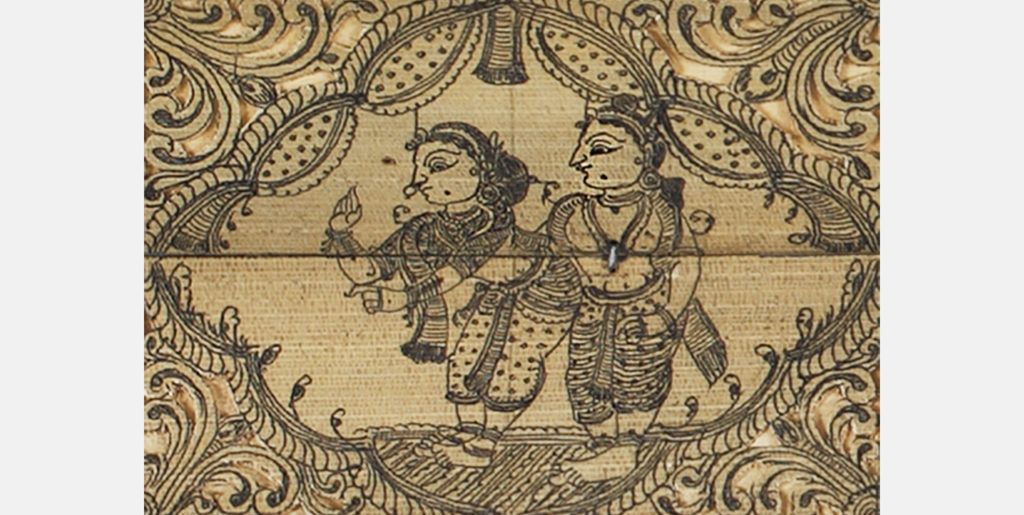 Wajid Ali Shah, the last Nawab of Awadh who reigned from 1847 to 1856, was a great connoisseur and patron of the performing arts. As an artiste, he was so moved by the Rasa Lila that he created his own genre of performance art called Rahas that combined the disciplines of dance, music, theatre and even architecture—and he awarded himself the lead role. Art critique, curator and writer Ranjit Hoskote says in his column for Open magazine: “…the Rahas portrayed mythological episodes, with the Nawab often playing Krishna. The first such production, Radha Kanhaiya ka Qissa, was staged in 1843 when he was still heir apparent. It featured a cast of male actors from Mathura, with the prince’s favourite wives as Gopis, a startling departure from royal etiquette.”