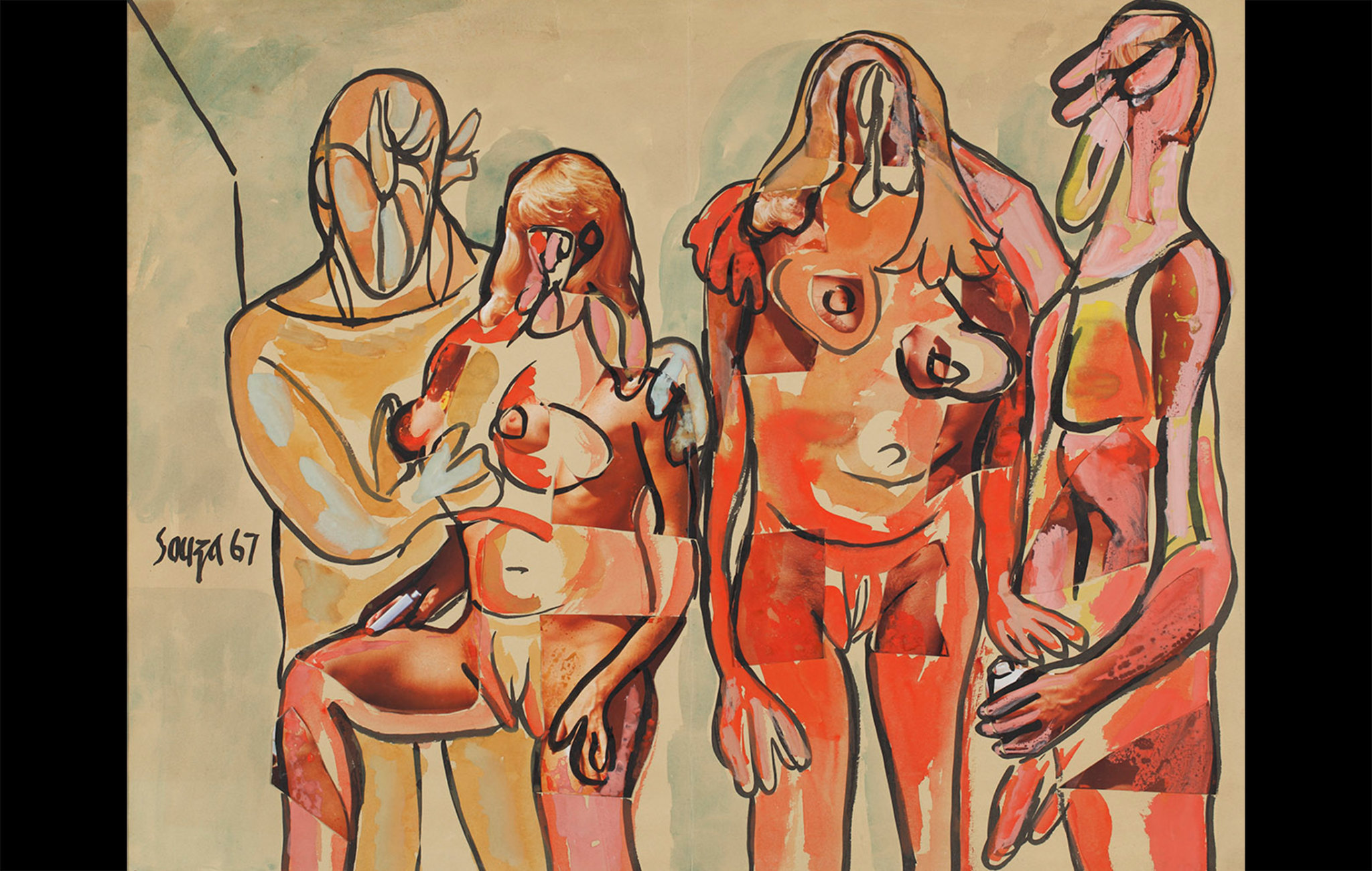 In this painting FN Souza does what he did best: reveal the grotesquerie and unintentional comedy of sex. The faces of each of the four nude figures in this frame have been disfigured, what features remain are exaggerated and made absurd. There is a focus on separating the two genders and observing their interaction in a sexual context; the man on the left holds the breast of the woman next to him while the other woman is touching the genitals of the man next to her. Ironically, the pairs seem quite comfortable in their positions even while the artist seeks to discomfit the viewer. The warm colour palette and the dark outline around the figures are trademark Souza.

FN Souza was born in Goa. He pursued his art education from the Sir JJ School of Arts in Mumbai, but was expelled for participating in the Quit India Movement. In 1947, he founded the Progressive Artists’ Group along with his other contemporaries like SH Raza, MF Husain and KH Ara, among others. Souza’s art very profoundly expresses emotions and creative depth through his abstracted human forms. His spontaneous style of painting creates thought-provoking and powerful images. He covered a vast number of subject areas, including still-lifes, landscapes, nudes and even religious icons of Christianity. Souza’s art is a representation of how the banal is important, and how it can be glorified through art. He drew technical inspiration from sources like the folk art of his native town in Goa, to the detailed Catholic paintings from the Renaissance era. Souza tried to capture themes like conflict and sexual tension in relationships between men and women. In 1949, Souza moved to London and started to become a part of the art-scene over there. In 1967, he moved to New York City after receiving the Guggenheim International Award. Souza’s works have been a part of several collections and exhibitions all throughout India and abroad. He passed away in March 2002.